Home » Anything But Fine 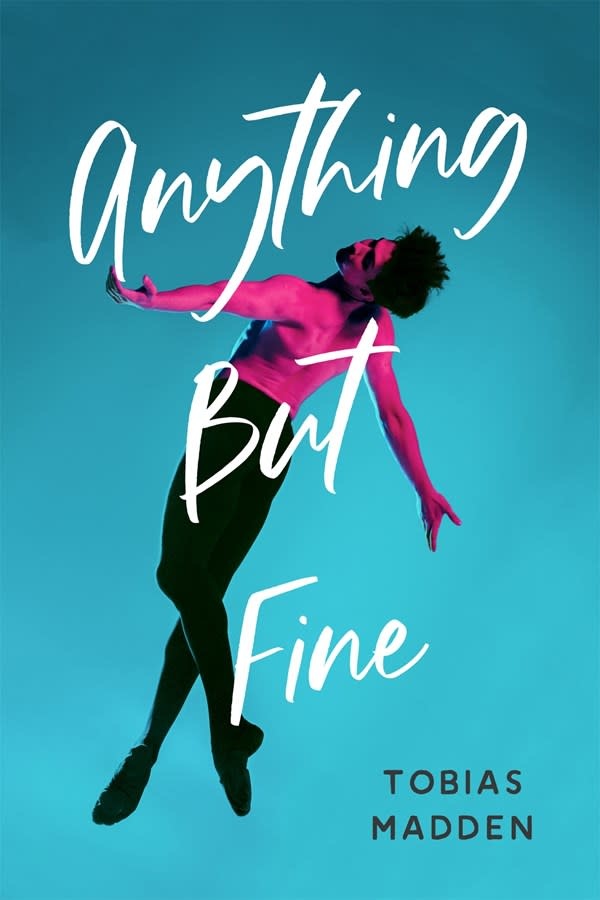 In this hilarious coming of age story, gay ballerina Luca Mason loses his dancing dreams, but finds his true self and his first love.

After a decade of dedicated ballet practice, one missed step on a flight of stairs lands Luca in the hospital with a titanium plate screwed into his foot. Without ballet, he loses his friends, his school, and his perfect future.

As Luca settles into his new life, he strikes up an unlikely friendship with the least popular (and nicest) girl in his new school, Amina, and the gorgeous, popular, and (allegedly) straight, Jordan Tanaka-Jones.

With his dancing dreams dead on their feet, Luca has to figure out who he is without ballet. And to do that he’ll have to unlearn his prejudices about the school on the “bad” side of town, make friends who aren’t always competing against him, and figure out if love is worth being a skeleton in someone else’s closet.

Tobias Madden is a writer and editor from Sydney, Australia. In 2019, Tobias edited and published Underdog: #Loveozya Short Stories, the first #LoveOzYA anthology for previously unpublished Aussie young adult fiction writers. Underdog also featured Tobias’s first published work, “Variation.” Tobias also wrote the cabaret show Siblingship, which played to sold out audiences in Sydney, Melbourne, and Canberra. Tobias is a passionate member of the #LoveOzYA and LGBTQ+ communities, and he currently works for Bloomsbury Australia as a Digital Marketing Executive and YA Publicist.