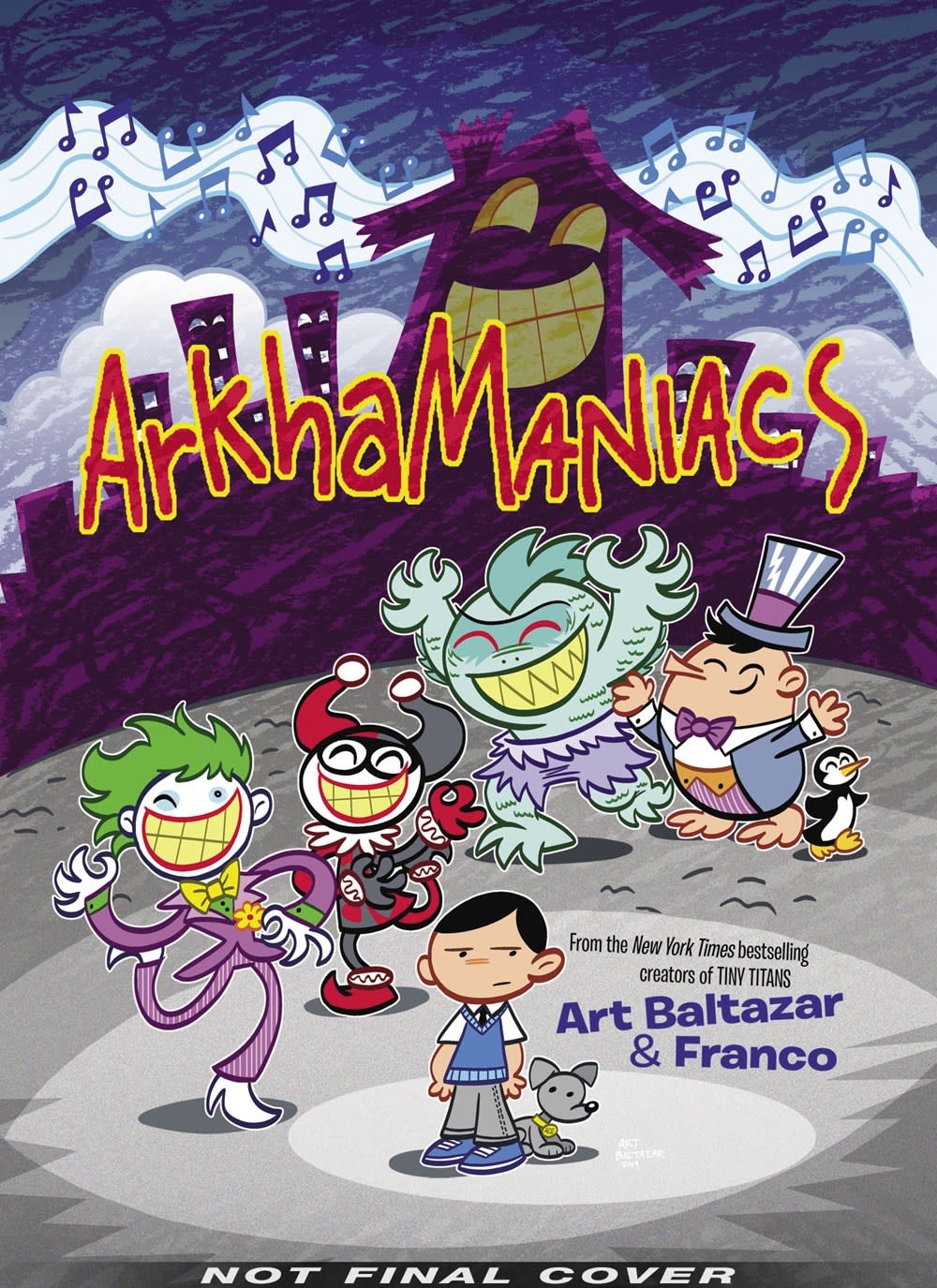 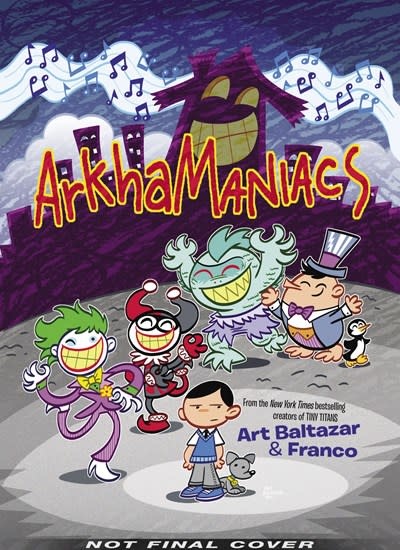 ArkhaManiacs is Art Baltazar and Franco providing their unique, cartoony take on a certain apartment building (Arkham) in Gotham City and the people (mostly!) who live there.

Young Bruce Wayne is drawn to the fun and excitement he sees going on at Arkham, but to Wayne Enterprises, it’s just another property they own. Bruce is determined to find out why Arkham is full of so much fun and laughter. What exactly is going on over there? Time to sneak over when no one is looking…even though it’s like the house is laughing at him! HA HA HA!

Art Baltazar is one of the creative forces behind the New York Times bestselling, Eisner Award-winning Tiny Titans. He is also the co-writer of Billy Batson and the Magic of Shazam, Young Justice, Green Lantern: The Animated Series (comic) and Super Powers; and artist/co-writer for the awesome Tiny Titans/Little Archie crossover, Superman Family Adventures, Super Powers, and Itty Bitty Hellboy! Art is one of the founders of the AW YEAH COMICS shop along with the ongoing comics series. He stays home and draws comics and never has to leave the house where he lives with his lovely wife, Rose, sons Sonny and Gordon, and daughter Audrey! AW YEAH, living the dream!

Franco Aureliani is an Eisner Award-winning writer and artist and co-creator of Patrick the Wolf Boy and AW YEAH COMICS! Franco has worked on the Dino-Mike book series, as well as critically acclaimed comics like Superman Family Adventures, Young Justice, Billy Batson and the Magic of Shazam, and the New York Times bestselling, multi-Eisner Award-winning series Tiny Titans and Super Powers for DC Comics! He has also worked on Grimiss Island and Itty Bitty Hellboy for Dark Horse Comics. Franco is also one of the principal owners of AW YEAH COMICS retail stores. When he is not working on comics, Franco can be found shaping young minds as a high school teacher.