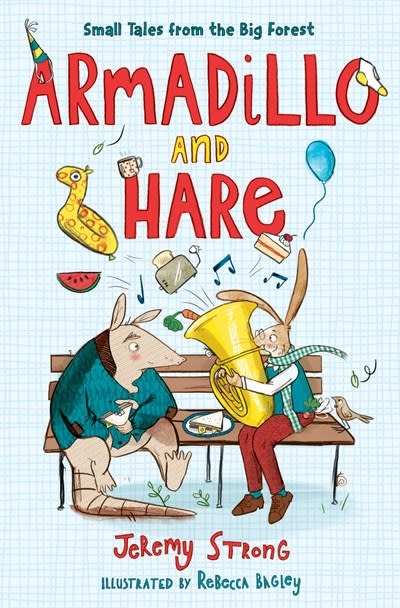 In the tradition of Cynthia Rylant and Arnold Lobel comes an utterly charming, hilarious, and heartfelt story of unlikely animal friendship and the differences in all of us, told with wit and wisdom.

Over the course of these ten stories of friendship, Armadillo and Hare will learn some very important lessons:

- Exercise is important for Armadillos, but so are cheese sandwiches.- Big animals like jaguars and small insects get lonely too...and might just be the best of friends.- Elephants can cause more damage than thunderstorms.- You can still host a forest birthday party even if it's nobody's birthday, as long as everyone is invited.

Filled with stunning illustrations by Rebecca Bagley, this is a book to be read over and over again.