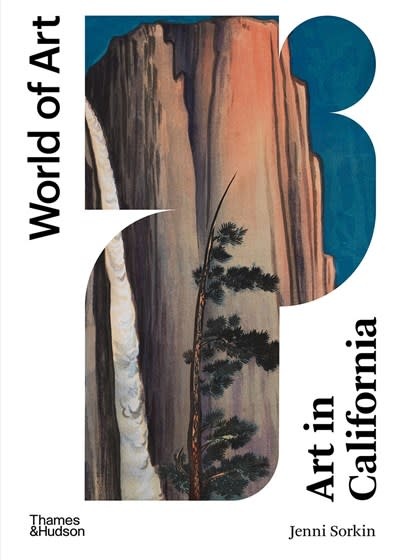 World of Art: Art in California

A fully illustrated history of modern and contemporary art in California from the early twentieth century to the present day.

This introduction to the art of California focuses on the distinctive role the state played in the history of American art, from early twentieth-century photography and Chicanx mural painting to the fiber art movement and beyond. Shaped by a compelling network of geopolitical influences—including waves of migration and exchange from the Pacific Rim and Mexico, the influx of African Americans immediately after World War II, and global immigration after quotas were lifted in the 1960s—California is a center of artistic activity whose influence extends far beyond its physical boundaries. Including work by artists Yun Gee, Helen Lundeberg, Henry Taylor, Richard Diebenkorn, Albert Bierstadt, Chiura Obata, and Judith Baca, among many others, art historian Jenni Sorkin tells California’s story as a place at the forefront of radical developments in artistic culture.Organized chronologically and thematically with full-color illustrations throughout, this attractive study stands as an important chronicle of California’s contribution to modern and contemporary art in the United States and globally. In one stunning volume, Art in California addresses the vast appetite for knowledge on contemporary art in California.

Jenni Sorkin is an associate professor of the History of Art and Architecture at the University of California, Santa Barbara. She writes on the intersections between gender, material culture, and contemporary art, working primarily on women artists and underrepresented media. Her publications include Live Form: Women, Ceramics, and Community; Revolution in the Making: Abstract Sculpture by Women, 1947-2016; and numerous essays in journals and exhibition catalogs. She was educated at the School of the Art Institute of Chicago, Bard College, and received her PhD from Yale University. She is a member of the editorial board of the Journal of Modern Craft.