Home » As the Falcon Flies 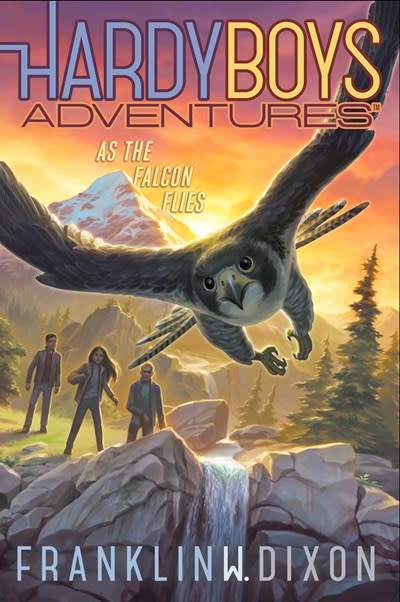 As the Falcon Flies

Frank and Joe circle a new case in the wilds of Alaska in the twenty-fourth book in the thrilling Hardy Boys Adventures series.

Frank and Joe Hardy are excited when their parents’ friends, the Adenshaws, invite them to come visit their home in Alaska. The brothers will have the perfect guide to explore the beautiful landscape the area is known for—their hosts’ daughter, Kate. During the visit, Kate introduces the Hardys to her beloved peregrine falcon.

There’s a major falconry competition coming up in the United Arab Emirates, and even though Kate can’t compete, she—like so many others in the falconry world—is eagerly looking forward to the event, which has millions riding on it. One California falconer even offered to buy Kate’s falcon so he could enter it in the contest. When Kate’s peregrine goes missing, it looks like the Californian or someone else may have turned criminal in their ruthless desire to win. Kate is devastated, and the Hardy boys have to figure out if her falcon could have flown off…or if it was stolen.

Frank and Joe may not know much about birds of prey, but they do know how to solve a mystery. But can they soar to success?

Franklin W. Dixon is the author of the ever-popular Hardy Boys books.