Home » As the Shadow Rises 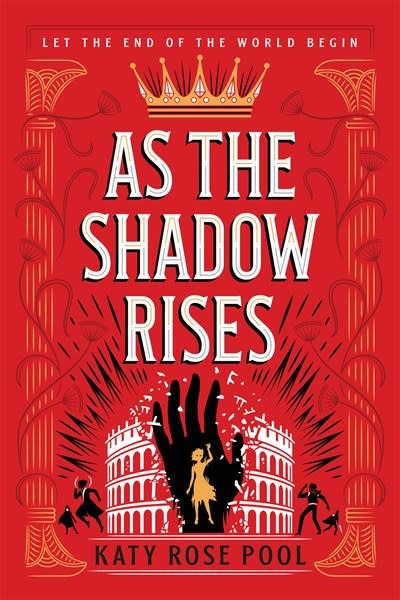 As the Shadow Rises

Six of Crows meets Graceling with a dash of Winter is Coming in this second installment of the action-packed and swoon-worthy Age of Darkness series!

In this sequel to the critically acclaimed There Will Come a Darkness, kingdoms have begun to fall to a doomsday cult, the magical Graced are being persecuted and made refugees, and ancient and undead figures walk the land in secret. But with the world hurtling toward its prophesized end, the Last Prophet’s haunting vision reveals the key to stopping the Age of Darkness: finding the long-lost sources of magic taken from the body of a slain god.

When our heroes' paths all cross in the City of Mercy, old wounds are reopened, new alliances are tested, and the end of the world begins. The Age of Darkness trilogy, which the Amazon Book Review called "the next big fantasy series," is perfect for fans of Throne of Glass, Children of Blood and Bone, and An Ember in the Ashes.

Katy Rose Pool was born and raised in Los Angeles, California. After graduating from UC Berkeley with a degree in history, Katy spent a few years building websites by day and dreaming up prophecies by night. Currently, she resides in the San Francisco Bay Area, where she can be found eating breakfast sandwiches, rooting for the Golden State Warriors, and reading books that set her on fire. There Will Come a Darkness is her first novel. Follow her on Twitter @KatyPool. katyrosepool.com