Home » Asha and the Spirit Bird 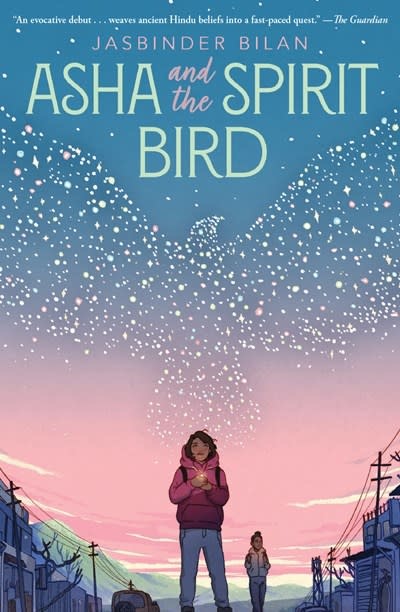 Asha and the Spirit Bird

In contemporary India, 12-year-old Asha will journey across the dangerous Himalayas to find her missing father and save her family's home -- guided by a mythical bird and a green-eyed tiger who she believes to be the spirits of her ancestors. This is an incredibly unique debut about loss, family, buried treasure, and hope.

Asha lives on a family farm with her mother in rural India in the foothills of the Himalayas. Life would be perfect if her father were with them instead of working at the factory in the faraway city. But she knows they wouldn't be able to afford their home without the money he sends home.

When four months go by without a single letter, a ruthless debt collector arrives with a warning, and soon the entire world that Asha has known is threatened. Determined to save her home, Asha and her best friend must swallow their fears and set out on a dangerous journey across the Himalayas to find her father.

As desperation turns to peril, Asha will face law enforcement, natural disaster, and the wild dangers of the Himalayas. But with a majestic bird and a green-eyed tiger as her guides, who she believes to be the spirits of her ancestors, she's determined to keep faith in order to save her family.

Jasbinder Bilan was born in a stable in the foothills of the Himalayas that had been in her family for generations. She had a very special relationship with her grandmother, who she says kept the past alive for her. Jasbinder likes to quote her professor, David Almond, who says, “When we write, we create beautiful lies.” This novel was inspired by her grandmother, who provided her with a rich treasure box, part memory, part imagination, in which she drew her inspiration.