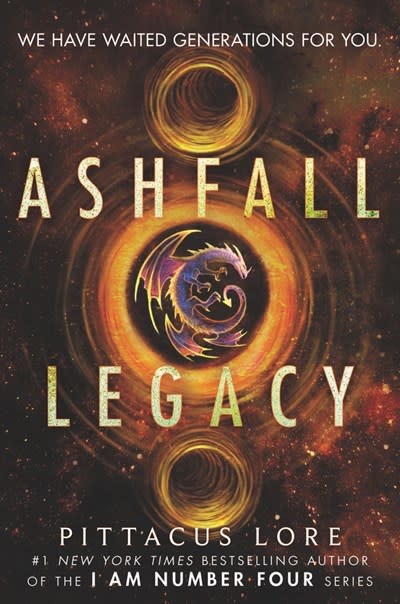 From the #1 New York Times bestselling author of the I Am Number Four and Lorien Legacies Reborn series, a gripping new story about a half-alien teen who uncovers a deadly, ancient secret while searching the universe for his father.

Pittacus Lore finished telling the story of the Lorien Nine. Now, he’s back to recount an all-new adventure rooted in the real mysteries surrounding Roswell, New Mexico, that will enthrall fans of Jay Kristoff, Amie Kaufman, and Brandon Sanderson.We have waited generations for you…Syd Chambers knows that there’s life on other planets because he’s descended from it. His father was from a distant world called Denza, and has been missing—presumed dead—for years.When Syd discovers a device his father left behind that shows not only that he’s alive, but where he is, Syd must set out on a mission of his own. But along the way, he discovers a deadly, unbearable secret that could destroy Denza, Earth, and the universe.

Pittacus Lore finished recounting the story of the invasion of Earth in the I Am Number Four series, but now a new story has arisen. His whereabouts are unknown. To learn more, follow I Am Number Four on Facebook (www.facebook.com/IAmNumberFourFans).