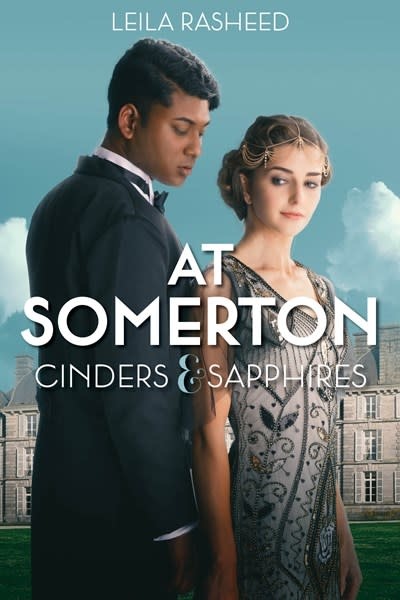 Catalog Copy: For fans of Bridgerton, this sumptuous and enticing YA series introduces two worlds, utterly different yet entangled, where ruthless ambition, forbidden attraction, and unspoken dreams are hidden behind dutiful smiles and glittering jewels.

“A thoroughly satisfying romp…Breathless readers will look forward to the next sudsy chapter in this planned series.” --Kirkus Reviews

In a world where duty eclipses love...

For the first time in a decade, the Averleys have returned to Somerton, their majestic ancestral estate. But terrible scandal has followed Ada’s beloved father all the way from India. Now Ada finds herself torn between her own happiness and her family’s honor. Only she has the power to restore the Averley name—but it would mean giving up her one true love . . . someone she could never persuade her father to accept.

Rose Cliffe has never met a young lady like her new mistress. Clever, rich, and beautiful, Ada Averley treats Rose as an equal. And Rose could use a friend. Especially now that she, at barely sixteen, has risen to the position of ladies’ maid. Rose knows she should be grateful to have a place at a house like Somerton. Still, she can’t help but wonder what her life might have been had she been born a lady, like Ada.

Sumptuous and enticing, the first novel in the At Somerton series introduces two worlds, utterly different yet entangled, where ruthless ambition, forbidden attraction, and unspoken dreams are hidden behind dutiful smiles and glittering jewels. All those secrets are waiting . . . at Somerton.

Author Bio: Leila Rasheed is a British writer based in Birmingham, UK. She is the author of many children’s books, most recently Empire's End (Scholastic, 2020). She grew up in Libya and has lived in Belgium and Italy. She has a passion for history and loves learning about how people lived in the past. As a teenager in England she enjoyed visiting stately homes, which helped inspire Somerton. She also runs a mentoring scheme for England-based children’s writers of colour, called Megaphone: www.megaphonewrite.com.