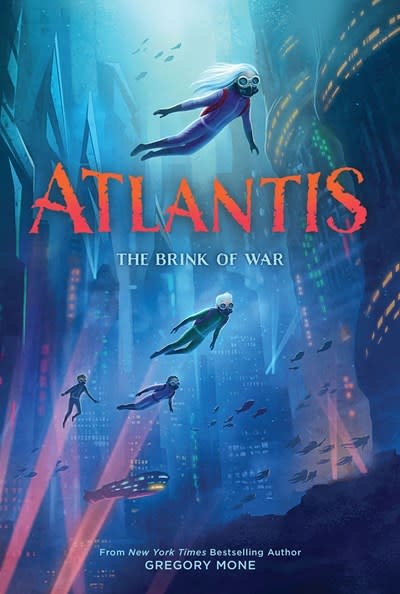 Bestselling author Gregory Mone takes readers back to Atlantis in this action-packed sequel to Atlantis: The Accidental Invasion!

Even an accidental invasion has dire consequences . . .

After their daring escape from Atlantis, Lewis, Hanna, and Kaya, their resourceful Atlantean friend, find themselves pulled between two worlds. Trapped on the surface under the watchful eyes of government officials, the three adventurers receive an urgent call to return their stolen warship to Atlantis—or risk starting an all-out war.

Aided by a billionaire with unclear intentions, the trio embarks on an all-new journey through Atlantis, from the sunken underwater world of Evenor to the tunnels below Ridge City. Will they find Lewis’s injured father and return the warship in time? As the shadowy agents known as Erasers work to stop them, Lewis and Kaya begin to question whether they're really on the same side of the potentially devastating fight.

This page-turning, high-stakes sequel to The Accidental Invasion is packed with futuristic technology and pure adrenaline-spiking fun. Bonus content includes science and robotics concepts in the story, and a real scientist's take on the curious biology of mermaids. Two worlds again collide in an unforgettable undersea adventure!