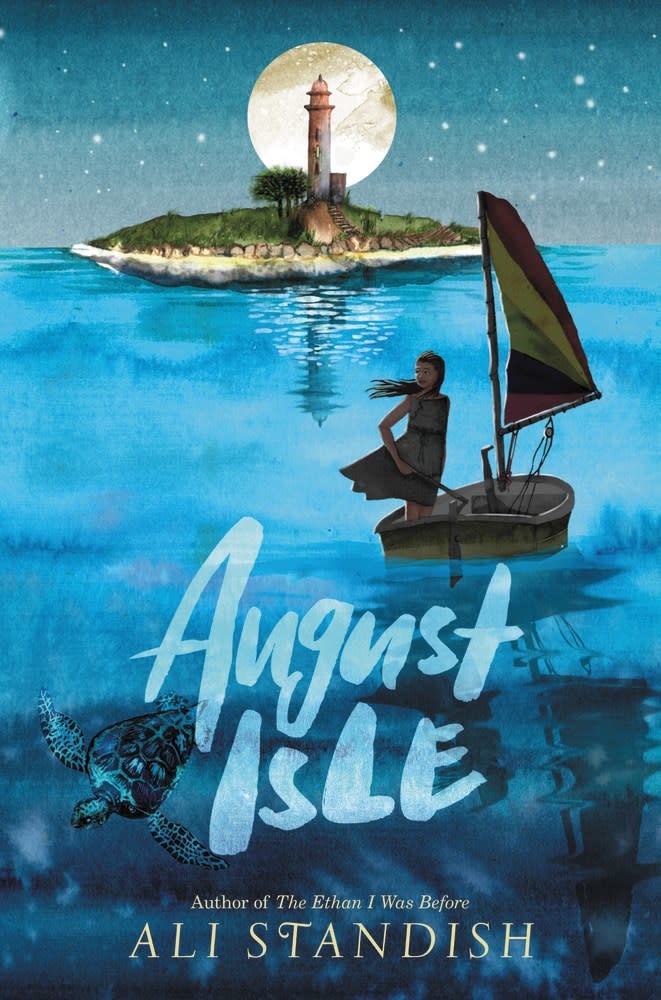 Critically acclaimed Ali Standish (author of The Ethan I Was Before) delivers her second mesmerizing literary middle grade novel, August Isle, capturing one girl’s journey to a magical seaside town, where she uncovers her family’s long hidden secrets and ultimately finds truth and redemption.

Fans of Sharon Creech and Rebecca Stead will be captivated by Ali Standish’s second mesmerizing novel, August Isle, which captures one girl’s journey to a magical seaside town where she uncovers her family’s long hidden secrets and ultimately finds truth, redemption, and self-acceptance.

Miranda wants nothing more than to spend the summer with her mother, repairing whatever has mysteriously broken between them. So, she is crushed when her parents send her to stay with family friends on August Isle, a little coastal town where Miranda’s mother spent her summers growing up.

Things start looking up when Miranda becomes fast friends with “Aunt” Clare’s daughter, Sammy, who is sure this will be the best summer ever, spent sailing in the bay and licking ice cream cones underneath the majestic August Oak. But everything changes when a dare gone wrong results in the girls spending their afternoons with Caleb, a mischievous boy from Sammy’s school, and Mr. Taylor, an old seafarer. Suddenly, mysteries begin to swirl around Miranda and August Isle: Mr. Taylor is a man of many stories, but why won’t he share his own? And what are the strange sounds Miranda hears at night, coming from the Isle’s haunted lighthouse? When a set of clues leads Miranda to a family secret, she is faced with the biggest question of all: Is she brave enough to face the truth?

Filled with beautiful writing, warm humor, mystery, whimsy, and characters you can’t let go, August Isle captures one girl’s journey as she discovers that the past does not define your future.