Home » Auntie Poldi and the Handsome Antonio: A novel 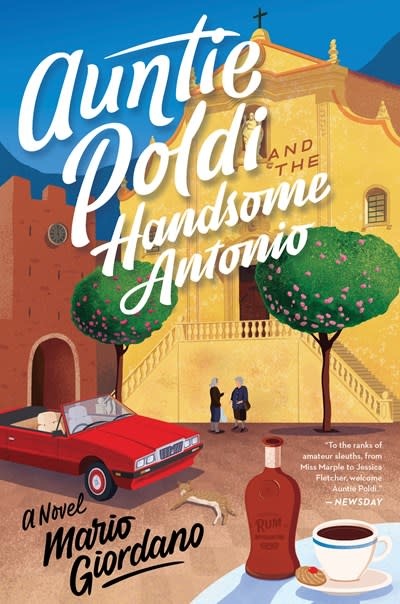 Auntie Poldi and the Handsome Antonio: A novel

All the beloved, irascible Auntie Poldi wanted from her Sicilian retirement was time to enjoy the sunshine, a free-flowing supply of wine, and a sultry romance with Chief Inspector Vito Montana. But then her idyll is rudely disrupted by the last person she wants to see on her doorstep: John Owenya, detective inspector with the Tanzanian Ministry of Home Affairs, who is also her estranged lying cheat of a husband.

Not only is John's sudden reappearance putting a kink in Poldi's dreamy love affair with Montana, but his presence also comes with a plea for help—and unwanted clashes with the Mafia.

Where is John's half-brother? What is the ten-million-dollar "it" that John's brother was last seen with, which has both the Sicilian and theTanzanian mobs in a frenzy? With only a postcard that has a phone number and a name, "Handsome Antonio," on the back, Auntie Poldi hops begrudgingly (albeit with a great deal of gumption and panache) back into the saddle (in this case, an immaculate red Maserati Cabrio from the eighties with cream leather upholstery). The faster she finds Handsome Antonio, the sooner she can get John Owenya out of her hair and her love life. But the people Poldi discovers along the way may very well knock her immaculate wig askew.