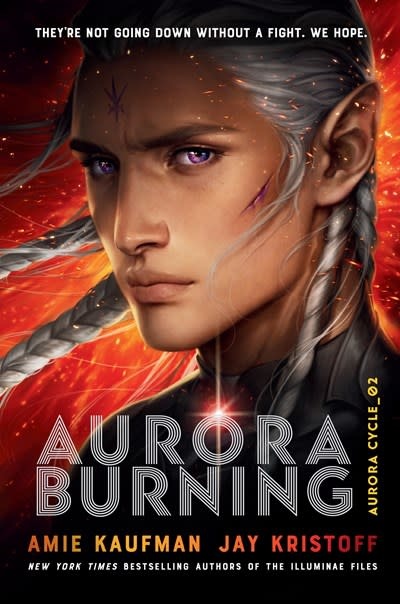 Our heroes are back…kind of. From the bestselling co-authors of the Illuminae Files comes the second book in the epic Aurora Cycle series about a squad of misfits, losers, and discipline cases who just might be the galaxy’s best hope for survival.

First, the bad news: Anancient evil—your standard consume-all-life-in-the-galaxy deal—is about to be unleashed.The good news? Squad 312 is here to save the day. As soon as they’vejust got to take care of a few small distractions first. Like the clan of gremps who are holding a serious grudge against the squad. And a bunch of illegit GIUTA agents with creepy flowers where their eyes used to be. Then there’s Kal’s long-lost sister, who’s not exactly happy to see him.But with the reappearance of the colony ship that Auri was found on, new clues about Auri—and her powers as a Trigger—begin to come to light. And just in time. Because if Auri can’t learn to master her powers, the squad going to be soooo dead.Shocking revelations, bank heists, mysterious gifts,inappropriately tight bodysuits, and an epic firefight will determine the fate of the Aurora Legion’s most unforgettable heroes—and, you know, the rest of the galaxy.

Amie Kaufman and Jay Kristoff are the New York Times bestselling co-authors of the Illuminae Files. Amie has also cowritten (with Meagan Spooner) the Starbound and the Unearthed trilogies. Jay is the author of the LIFEL1K3 series, as well as the Nevernight Chronicle and the Lotus War series for adults. Collectively, Amie and Jay stand 12’5" tall and live in Melbourne, Australia, with two long-suffering spouses, two rescue dogs, and a plentiful supply of caffeine. They met thanks to international taxation law, and stuck together due to a shared love of blowing things up and breaking hearts. You can learn more about Amie at amiekaufman.com or @AmieKaufman; look for Jay at jaykristoff.com or @misterkristoff.