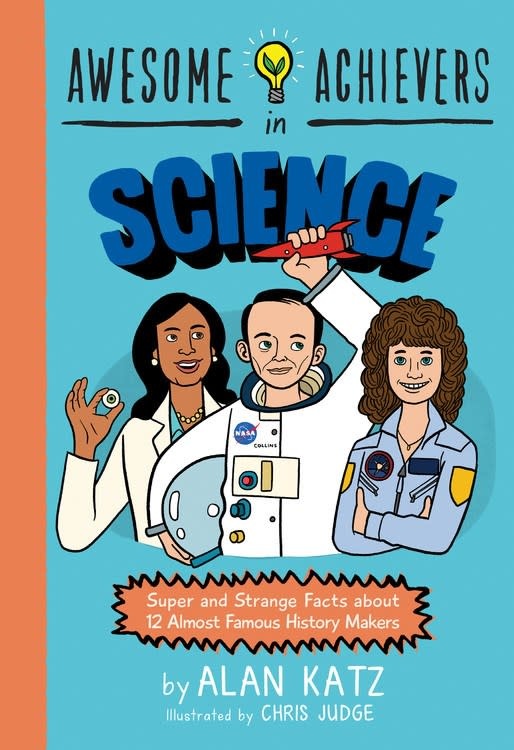 Summary
Part of a super fun middle grade series, Awesome Achievers in Science puts the spotlight on lesser-known heroes and their contributions in major scientific fields.


Everyone has heard the names Neil Armstrong and Buzz Aldrin, but what about Michael Collins--the third brave Apollo 11 astronaut who didn't get to walk on the moon? Many of the most relevant figures in scientific history have remained in the shadows, but not any longer! From Alan Katz's new Awesome Achievers series, Awesome Achievers in Science gives kids a look behind the scenes at 12 lesser-known scientists whose contributions are personally relevant to their lives today. Each figure is given a traditional biography but is also subject to Katz's unique brand of silliness, with humorous elements such as imagined poems, song lyrics, and diary entries by or about the not-so-famous figure accompanying each bio.

Spot illustrations throughout add to the lighthearted and appreciative humor each figure receives. Reluctant readers and budding scientists alike will delight in this imaginative and engaging continuation of a new series of laugh-out-loud biographies.