Home » Backward Science: What Was Life Like Before... Discoveries? 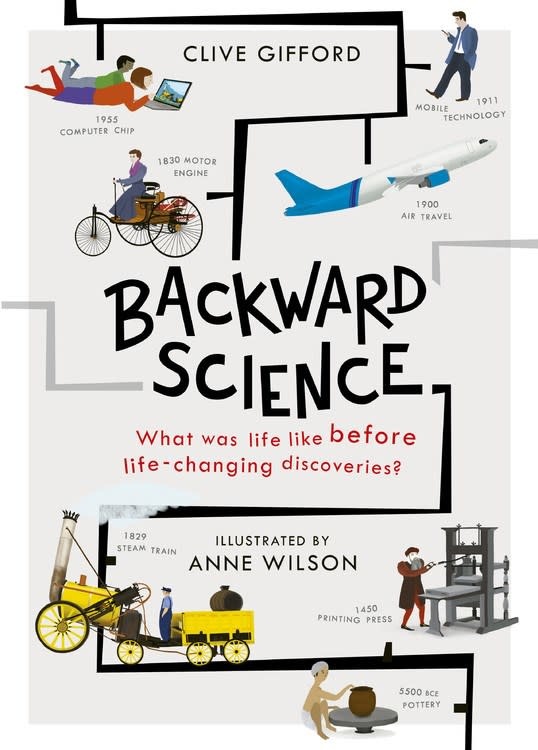 From the 21st Century to the Year Dot, Backward Science reveals the wonders of science and technology through the ages. Fun, detailed scenes show how people lived BEFORE smartphones, cars, television, toilets... as far back as the invention of the wheel! How on Earth did people manage?

This book is backward! It starts at the end, ends at the beginning, and travels back in history to show you what life was like before major inventions and discoveries. Step into a time before smartphones, television, cars, or even the toilet; then learn about the major invention or discovery that changed the world.

Explore bright, detailed, humorous scenes from different eras that will spark discussion and make you think about what life was like in history. Learn about the clever inventors, the accidental discoveries, and how people managed without the everyday things that we take for granted.