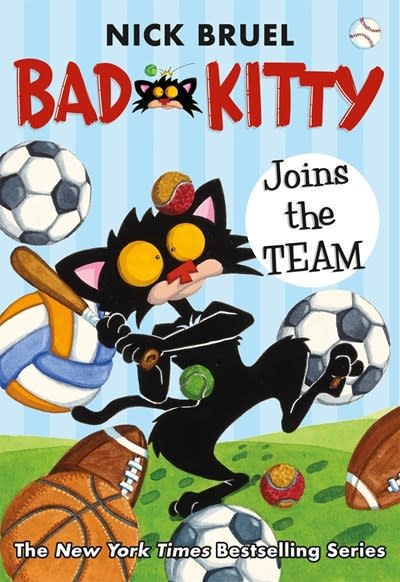 Kitty is terribly out of shape—she can barely torment Puppy without needing a break to huff and puff! When Kitty's owner catches her wheezing, Kitty is told it's time to EXERCISE.

It takes some serious convincing, a high-stakes competition, and a little bit of trickery, but eventually Kitty gets into the competitive spirit . . . albeit reluctantly. What did you expect?

Will our favorite feline friend learn what it means to be a good sport? Find out in this hilarious addition to the Bad Kitty series.

Nick Bruel is the author and illustrator of the phenomenally successful Bad Kitty series, including the 2012 and 2013 CBC Children's Choice Book Award winners Bad Kitty Meets the Baby and Bad Kitty for President. Nick has also written and illustrated popular picture books, including A Wonderful Year. Nick lives with his wife and daughter in Westchester, New York. nickbruel.com