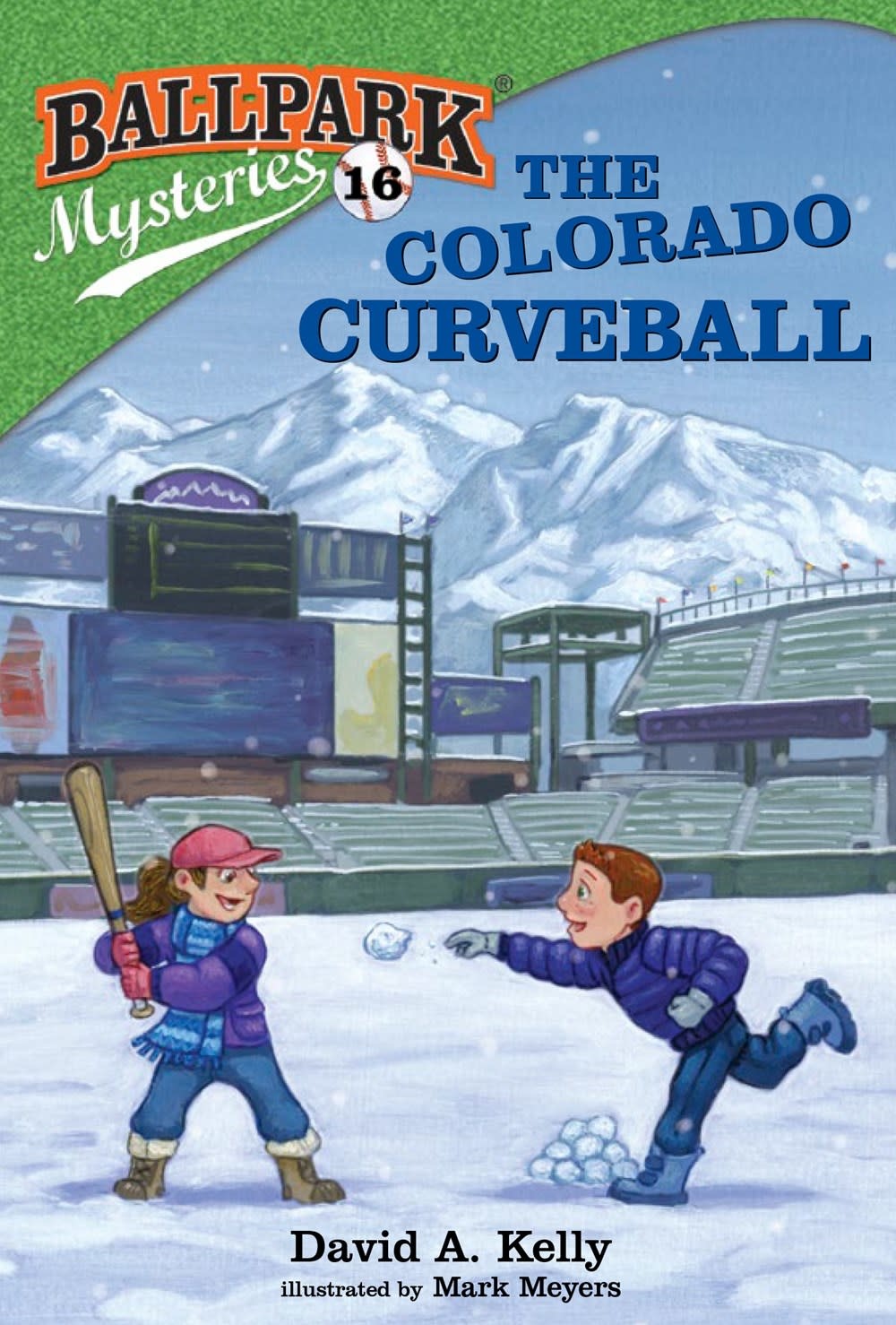 By David A. Kelly

Batter up! Baseball action and exciting whodunits star in this chapter book series! Next up is Colorado!

Mike and Kate arrive in Colorado to a ballpark covered in snow! Luckily, the stadium has a heater that can melt the fluffy flakes in time for next day’s game. But when the ballpark engineers get a mysterious note saying that someone may tamper with the scoreboard, the snow becomes the least of the cousins’ problems. It’s time for Mike and Kate to switch into sleuth mode and solve a mystery that will take them underground, a mile above sea level, and even face to face with a dinosaur!

DAVID A. KELLY has written a picture book and chapter books for young readers including the MVP series, as well as for many newspapers and magazines. He lives near Fenway Park in Newton, Massachusetts. You can learn more at davidakellybooks.com or on twitter at @davidakelly or facebook.com/ballparkmysteries.

MARK MEYERS grew up in Utah and studied art at the Academy of Art University in San Francisco.

MARK MEYERS grew up in Utah and studied art at the Academy of Art University in San Francisco.