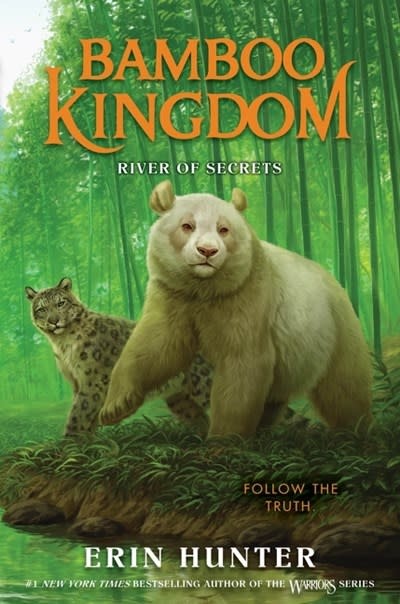 It’s WARRIORS—but with pandas! Explore the secrets of the Bamboo Kingdom in the second installment of this thrilling new series from bestselling author Erin Hunter, which follows three panda cubs, separated at birth, who must join together to complete a prophecy and save their home.

For three pandas in the Bamboo Kingdom, secrets have changed everything. Rain, Ghost, and Leaf have only just discovered the truth about their families—but they don’t have all the facts. And while they attempt to piece together the puzzle of their pasts, a threat is growing ever stronger in their homeland—a liar masquerading as a leader. Sunset, the so-called Dragon Speaker, has his own agenda, and the discovery of the triplets from an ancient prophecy will only get in his way. While Rain and Leaf struggle to agree on the next right moves, Ghost, struggling to adapt to panda life, falls under Sunset’s spell.Separated, the three panda siblings are left without the information they need to take the traitorous Dragon Speaker down. But if they can find each other—and trust each other—they may be able to rally the pandas of the Bamboo Kingdom to their side.