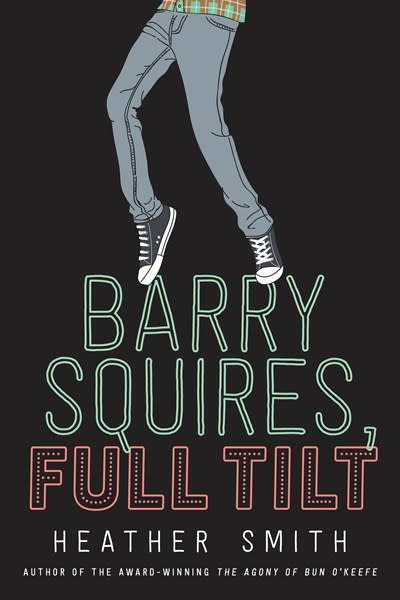 Barry Squires, Full Tilt takes readers on a romp through the streets of St. John’s and into the Squires household, a place where tragedy strikes but love prevails. Derry Girls meets Billy Elliot with an East Coast twist.

It’s 1995. When the Full Tilt Dancers give an inspiring performance at the opening of the new bingo hall, twelve-year-old Finbar (Barry) Squires wants desperately to join the troupe. Led by Father O’Flaherty, the Full Tilt Irish Step Dancers are the most sought-after act in St. John’s, Newfoundland (closely followed by popular bagpiper, Alfie Bragg and his Agony Bag). Having watched Riverdance twice, Barry figures he’ll nail the audition. And good thing too—it’d be nice to be known for something other than the port wine stain on his cheek. With questionable talent and an unpredictable temper, Barry’s journey to stardom is jeopardized by his parents’ refusal to take his dreams seriously. Thankfully, Barry has the support of a lively cast of characters: his ever-present grandmother, Nanny Squires; his adorable baby brother, Gord; an old British rocker named Uneven Steven; a group of geriatrics from the One Step Closer to God Nursing Home; and Saibal, a friend with whom Barry gets up to no good.

Told with humor and a healthy dose of irreverence, Barry Squires, Full Tilt is the latest novel by Heather Smith, the award-winning author of The Agony of Bun O’Keefe and Chicken Girl.

HEATHER SMITH is originally from Newfoundland, and now lives in Waterloo, Ontario, with her husband and three children. Her east coast roots inspire much of her writing. Her novel, The Agony of Bun O’Keefe, won the Ontario Library Association’s White Pine Award and the Ruth & Sylvia Schwartz Award, and was shortlisted for the Amy Mathers Teen Book Award and the Geoffrey Bilson Award for Historical Fiction. It also received starred reviews from Kirkus and Quill & Quire and was named a best book of 2017 by Kirkus, Bank Street College of Education, Globe and Mail and Quill & Quire (honorable mention), as well as selected as an Outstanding International Book by USBBY.