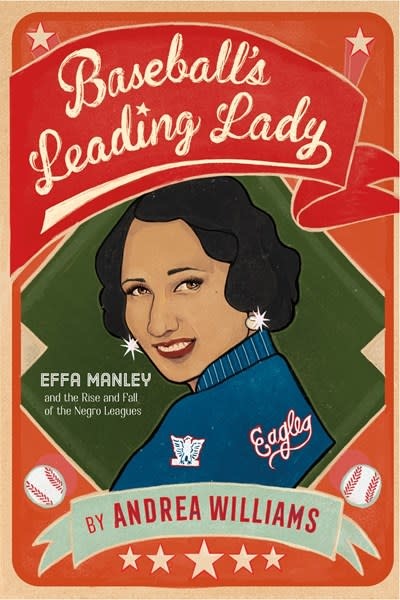 A middle-grade account of Effa Manley, the first and only woman in the Baseball Hall of Fame, and her ownership role in the Negro Leagues leading up to the integration of Major League Baseball.

Before Jackie Robinson broke Major League Baseball's color barrier in 1947, Negro Leagues Baseball was the only game in town for Black athletes. And those leagues owed their existence and success to savvy businesspeople like Effa Manley, the Black female co-owner of the Newark Eagles. Effa was the team's business manager, leading them to win the Negro World Series in 1946. But this victory was bittersweet: Integration was on its way, and the demise of the Negro Leagues would soon follow.

In this riveting nonfiction account, author Andrea Williams weaves the parallel stories of the segregated leagues with the tale of an inspiring woman who was at the center of it all.

Andrea Williams is an author, journalist, and editor. As a journalist, her work has been published across various outlets, including Mediabistro, CNNMoney, Conde Nast Traveler, and others. Before turning to full-time writing, she worked in marketing and development for the Negro Leagues Baseball Museum in her hometown of Kansas City, Missouri. She lives in Nashville, Tennessee, with her husband and children.