Home » Bea Is for Blended 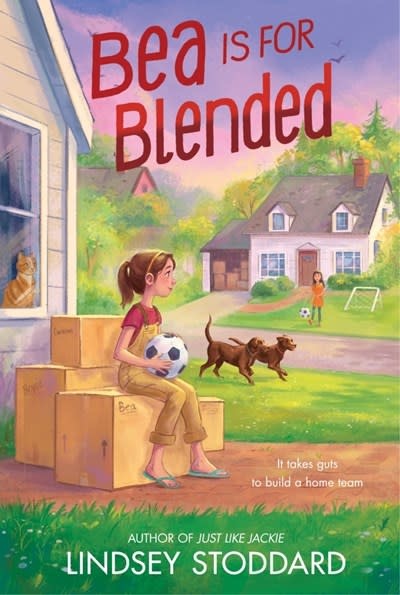 Bea Is for Blended

Bea and her mom have always been a two-person team. But now her mom is marrying Wendell. It’s bad enough that Wendell has three sons, two dogs, and a cat. What’s even worse is that one of those sons is Bryce, a bully-follower-gets-away-with-everything-er from Bea’s grade.As if finding her place in her new blended family isn’t tough enough, Bea’s also dealing with Aileyanna—a new girl with a fancy soccer net in her front yard and a killer left foot. Bea’s ready to throw up her elbows and fight to make sure she’s not crowded out of both her house and the soccer field. But when she and Aileyanna find out they’re a few players short of forming their school’s first all-girls soccer team, they realize that the bigger their team, the stronger their fight—and that to get what they deserve, they’re going to need a squad behind them.Readers who love Ali Standish and Katherine Paterson will be head over heels for Lindsey Stoddard’s earnest storytelling, which trade reviews have called “heartfelt and triumphant” (SLJ starred review for Brave Like That), “honest, gut-wrenching, and hopeful” (SLJ starred review for Right as Rain), and “tender and truthful” (ALA Booklist on Right as Rain).