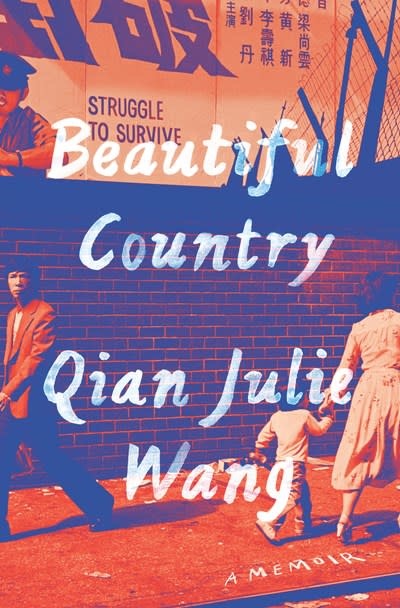 An incandescent and heartrending memoir from an astonishing new talent, Beautiful Country puts readers in the shoes of an undocumented child living in poverty in the richest country in the world.

In Chinese, the word for America, Mei Guo, translates directly to “beautiful country.” Yet when seven-year-old Qian arrives in New York City in 1994, she is overwhelmed by crushing fear and scarcity. In China, Qian’s parents were professors; in America, her family is “illegal” and it will require all the determination and small joys they can muster to survive.

In Chinatown, Qian’s parents work in sweatshops and sushi factories. Instead of laughing at her jokes or watching her sing and dance, they fight constantly. Qian goes to school hungry, where she teaches herself English through library books, her only source of comfort. At home, Qian’s headstrong and resilient Ma Ma ignores her own pain until she’s unable to stand, too afraid of the cost and attention a hospital visit might bring. And yet, young Qian, now acting as her mother’s nurse, her family’s translator, a student and a worker, cannot ask for help. The number-one rule in America still stands: To be noticed is to risk losing everything.

Searing and unforgettable, Beautiful Country is an essential American story about a family fracturing under the weight of invisibility, and a girl coming of age in the shadows, who never stops seeking the light.

QIAN JULIE WANG is a graduate of Yale Law School and Swarthmore College. Formerly a commercial litigator, she is now managing partner of Gottlieb & Wang LLP, a firm dedicated to advocating for education and civil rights. Her writing has appeared in major publications such as the New York Times and the Washington Post. She lives in Brooklyn with her husband and their two rescue dogs, Salty and Peppers.