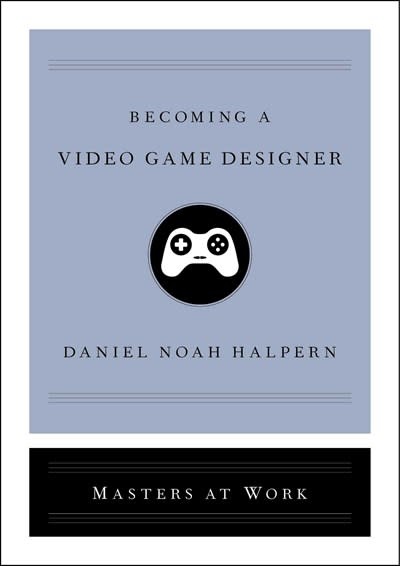 A revealing guide to a career as a video game designer written by acclaimed journalist Daniel Noah Halpern and based on the real-life experiences of legendary designer Tom Cadwell of Riot Games—required reading for anyone considering a path to this profession.

Becoming a Video Game Designer takes you behind the scenes to find out what it’s really like, and what it really takes, to become a video game designer. Gaming is a $90 billion-dollar entertainment industry, and designers are the beating heart. Long-form journalist Daniel Noah Halpern shadows top video game designer Tom Cadwell to show how this dream job becomes a reality. Cadwell is head of design at Riot Games, the company behind award-winning blockbuster games like League of Legends, which has an active user base of 111 million players. Creating a massive multiplayer online game takes years of visionary R&D—it is a blend of art and science. It is also big business. Learn the ins and the outs of the job from Cadwell as well as other designers, including Brendon Chung, acclaimed founder of Blendo Games. Successful designers must be creative decision makers and also engineers and collaborators. Gain professional wisdom by following Tom’s path to prominence, from his start as a passionate gamer to becoming one of the most revered designers in the business.

Daniel Noah Halpern’s reporting and essays have appeared in The New Yorker, The New York Times, Harper’s Magazine, GQ, and many other magazines. He lives in New York City.