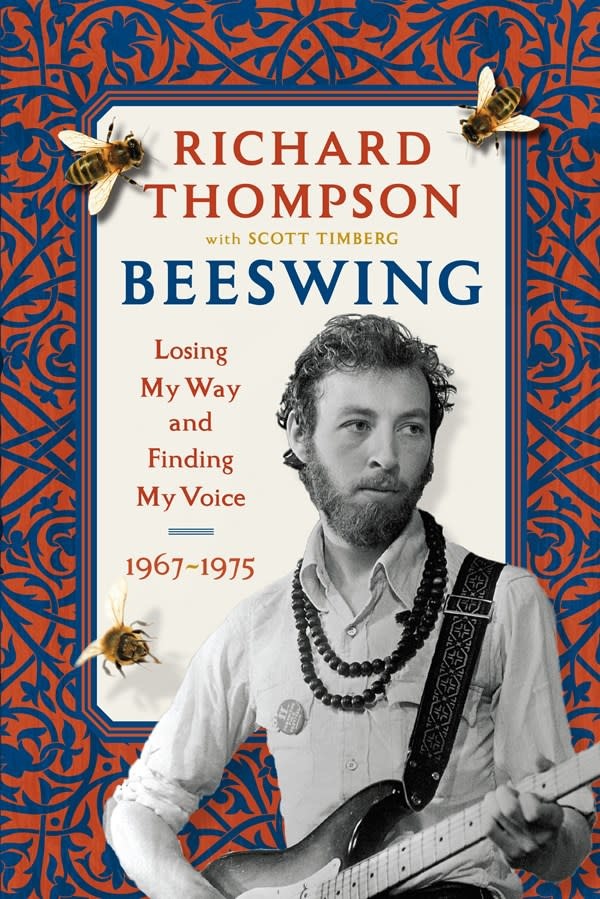 Influential songwriter and guitarist Richard Thompson reflects on his early years performing during a period of great cultural tumult.

Richard Thompson is an international music legend. Bonnie Raitt ranks him among the pantheon including Bob Dylan, Paul Simon, and Randy Newman. Time includes one of his songs among their “all-time top 100” list. Rolling Stone considers him one of the top twenty guitarists of all time. Now, in his first memoir, he takes us back to the late 1960s, a period of great change and creativity—both personally and for the world at large.

Thompson packed more than a lifetime of experiences into his late teens and twenties. From the pivotal years of 1967 to 1975, he matured into a major musician and established the genre of British folk rock with the era-defining band Fairport Convention, only to depart for a duo act with his wife Linda at the height of the band’s popularity. His discovery and ultimate embrace of Sufism profoundly reshaped his approach to everything in his life and, of course, the music he wrote thereafter.

In this intimate memoir, Thompson re-creates the spirit of the 1960s, where he found, and then lost, and then found his way again, and he takes us inside life on the road in the UK and the US, crossing paths—and occasionally sharing the stage—with the likes of Led Zeppelin, Pink Floyd, Jimi Hendrix, and others.

Like Patti Smith’s Just Kids or Marianne Faithfull’s Faithfull, Beeswing vividly captures the life of a remarkable artist during a period of creative intensity in a world on the cusp of change.

Richard Thompson's widely beloved early work within the band Fairport Convention revived British folk traditions, and his duet albums and performances with Linda Thompson are legendary. His songs have been covered by Elvis Costello, David Byrne, Bonnie Raitt, Emmylou Harris, and REM, among others. He continues to write and perform, and to tour widely. He lives in New Jersey.