Home » Before the Ruins: A Novel 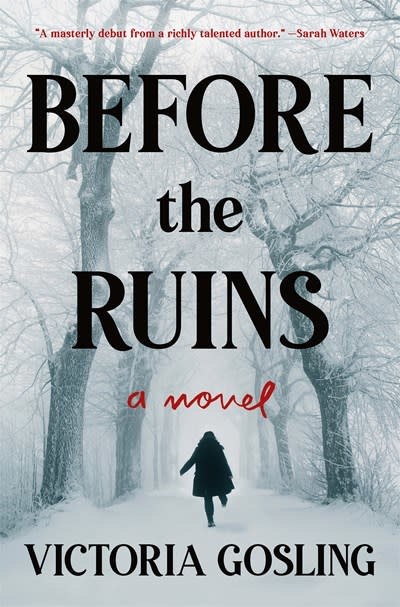 Before the Ruins: A Novel

A gripping, multilayered debut in the tradition of Donna Tartt and Tana French about four friends, an abandoned manor, and one fateful night that will follow them for the rest of their lives

It's the summer of 1996 and school's out forever for Andy, her boyfriend Marcus, her best friend Peter, and Em. When Andy's alcoholic mother predicts the apocalype, the four teenagers decide to see out the end of the world at a deserted manor house, the site of a historic unsolved mystery. There they meet David--charming and unreliable, he seems to have appeared out of nowhere.

David presents an irresistible lure for both Andy and Peter and complicates the dynamics of their lifelong friendship. When the group learns that a diamond necklace, stolen fifty years ago, might still be somewhere on the manor grounds, the Game—half treasure hunt, half friendly deception—begins. But the Game becomes much bigger than the necklace, growing to encompass years of secrets, lies, and, ultimately, one terrible betrayal.

Meticulously plotted and gorgeously written, Before the Ruins is a page-turner of the highest order about the sealed-off places in our pasts and the parts of ourselves waiting to be retrieved from them.

Victoria Gosling grew up in Wiltshire, England and studied English Literature at Manchester University. She is the founder of The Reader Berlin, hosting salon nights in Berlin and writers’ retreats in Greece and Italy. She also organizes The Berlin Writing Prize.