Home » Before We Sleep 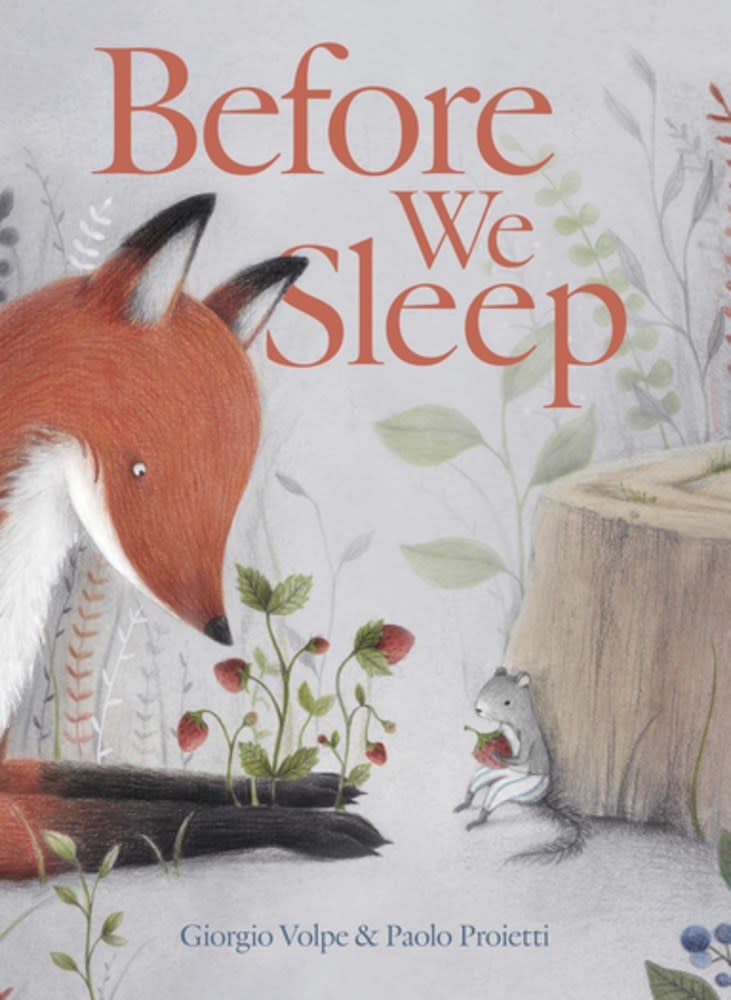 A red fox and a gray dormouse joyfully play in their forest home as the season begins to change from fall to winter.Soon, the dormouse must hibernate, and the friends will part. As the time for sleep nears, the fox tries to keep the dormouse awake. Sleep indeed must come, but not before the two friends have shared one last story, knowing they will be together again in the spring.This gentle friendship story is the perfect allegory for the bedtime ritual. And the reassuring message is clear: “I will be there for you when you wake.”

Giorgio Volpe has a degree in literature and philosophy from the University of Rome where his thesis focused on children's theater experiences in Italy and France. In 2014 he founded the theater company Giù di Sù per Giù which has produced several plays he has written including Martina 3 Nocciolino (2014), Standby - l'attesa (2018), Anfotero (2018) and Cercasi befana (2020). To his credits as an actor and playwright, he adds children's book author. He has written a several titles. Before We Sleep is his first book to be published in English. Giorgio Volpe also loves art, traveling, eating cakes, the cold of winter and reading a lot.Paolo Proietti was born in Rome in 1986. Passionate about manga and anime since childhood, he attended the art school and a course in graphics and visual communication at the International School of Comics in Rome. Only after a few years he became passionate about reading for children and in 2016 he won the Scarpetta d 'oro Award with his illustration. Since 2018 he has worked with several publishing houses. He has already published seven picture books. Paolo's greatest source of inspiration are the works of Hayao Miyazaki, one of the most accomplished filmmakers in the history of animation.