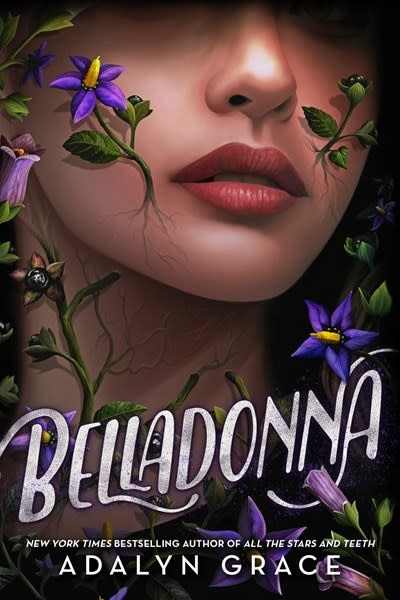 Nineteen-year-old Signa Farrow, orphaned as a baby, has been raised by a string of guardians, each more interested in her wealth than her well-being—and each has met an untimely end. Her last remaining relatives are the Hawthornes, an eccentric family living at the glittering and gloomy estate of Thorn Grove. Thorn Grove’s patriarch, Elijah, mourns his late wife, Lillian, through wild parties and drink, while eldest son Percy grapples for control of the family’s waning reputation and daughter Blythe suffers from the same mysterious illness that killed her mother. And when Lillian’s spirit confronts Signa and claims she was poisoned, Signa realizes that Blythe could be next to die.

Signa’s best chance of uncovering the culprit and solving Lillian’s murder is an alliance with Death himself—the very man she hates most. And Death, that fascinating, dangerous shadow who has never been far from her side, shows her that their connection may be more powerful than she ever dared imagine.

Adalyn Grace is the New York Times bestselling author of All the Stars and Teeth, which was named "2020's biggest YA fantasy" by Entertainment Weekly, and the sequel, All the Tides of Fate. Prior to becoming an author, Adalyn spent four years working in live theatre, acted as the managing editor of a nonprofit newspaper, and studied storytelling as an intern on Nickelodeon Animation's popular series The Legend of Korra. Local to San Diego, Adalyn spends her non-writing days watching too much anime, and playing video games with her bossy cat and two dorky dogs.