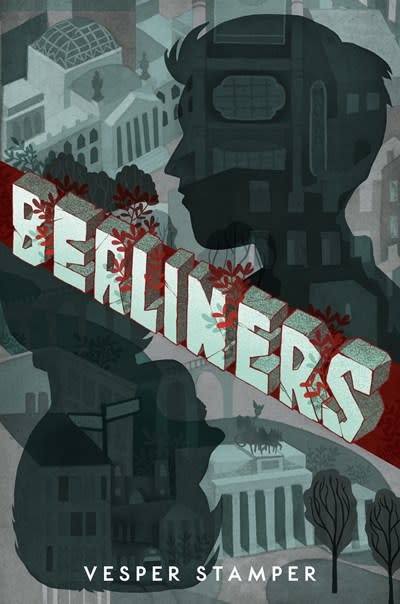 A riveting story about the rivalry between two brothers living on opposite sides of the Berlin wall during its construction in the 1960s, and how their complicated legacy and dreams of greatness will determine their ultimate fate.

A city divided. A family fractured. Two brothers caught between past and present.

Berlin, 1961. Rudi Möser-Fleischmann is an aspiring photographer with dreams of greatness, but he can't hold a candle to his talented, charismatic twin brother Peter, an ambitious actor. With the sudden divorce of their parents, the brothers find themselves living in different sectors of a divided Berlin; the postwar partition strangely mirroring their broken family. But one night, as the city sleeps, the Berlin Wall is hurriedly built, dividing society further, and Rudi and Peter are forced to choose between playing by the rules and taking their dreams underground. That is, until the truth about their family history and the growing cracks in their relationship threaten to split them apart for good.

From National Book Award-nominated, critically acclaimed author-illustrator Vesper Stamper comes a stark look at how resentment and denial can strain the bonds of brotherhood to the breaking point.

Born in Germany and raised in New York City, Vesper Stamper writes and illustrates novels which tell, through words and pictures, stories of history's rhymes. Her debut illustrated YA novel, What the Night Sings, about two teens emerging from the Holocaust, was a National Book Award Nominee, National Jewish Book Award Finalist, and Sydney Taylor Book Award Winner. Vesper lives with her husband, filmmaker Ben Stamper, and her two teenagers, in the Northeast.