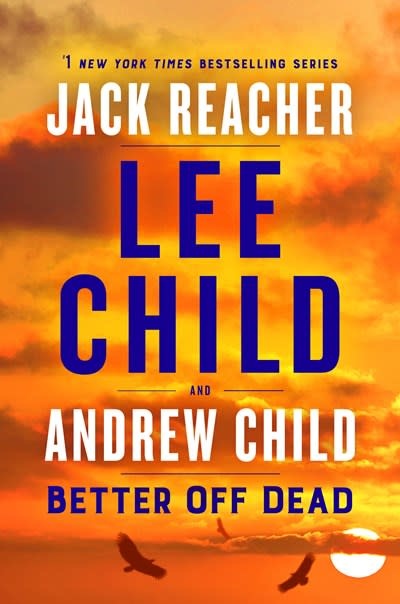 Jack Reacher is back in the brand-new, page-turning thriller from acclaimed #1 bestselling authors Lee Child and Andrew Child.

Reacher isn’t one to back down from a fight. And when a shadowy crew raises the stakes, he won’t hesitate to teach them a lesson: When you pick a fight with Reacher, you’re better off dead.

Lee Child is the author of twenty-five New York Times bestselling Jack Reacher thrillers, with sixteen having reached the #1 position, and the #1 bestselling complete Jack Reacher story collection, No Middle Name. Foreign rights in the Reacher series have sold in one hundred territories. A native of England and a former television director, Lee Child lives in New York City and Wyoming.

Andrew Child, who also writes as Andrew Grant, is the author of RUN, False Positive, False Friend, False Witness, Invisible, and Too Close to Home. Child and his wife, the novelist Tasha Alexander, live on a wildlife preserve in Wyoming. He is the co-author of the #1 bestselling Jack Reacher novel The Sentinel.