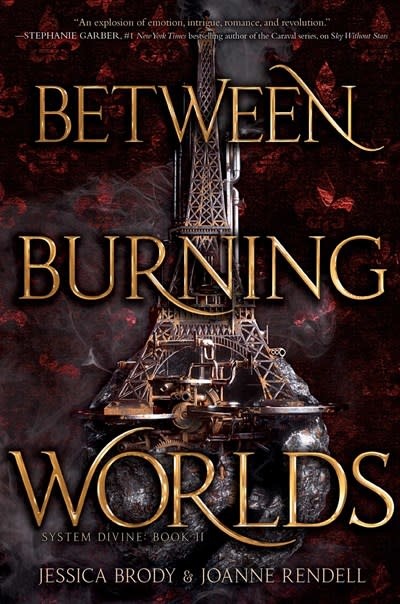 Wanted by the Regime. Destined to save the planet.

Laterre is on the brink of war. The Third Estate is rioting against the injustices of a corrupt system. The Patriarche, reeling from the murder of his only heir, makes brutal attempts to quash the unrest, while a new militant faction launches a series of deadly attacks.

And three outlaws find themselves pulled into the fray...

Marcellus is now a traitor to his planet, willing to do anything to stop his grandfather from seizing control of Laterre, even if it means joining the Vangarde, a rebel group back from the dead.

Chatine is a prisoner on Bastille. Desperate to survive the harsh conditions of the moon, she becomes embroiled in the Vangarde’s dangerous attempt to free their infamous leader.

Alouette is a fugitive who has been lied to her entire life. Searching for the truth about her mysterious past, she soon finds herself hunted by the Regime for reasons she’s only beginning to understand.

But when Laterre is threatened by the emergence of a deadly new weapon, these three renegades must risk everything, traveling to the far reaches of the System Divine and into the white hot center of a planet ready to ignite.

Jessica Brody is the author of several popular novels for teens and tweens, including The Geography of Lost Things, 52 Reasons to Hate My Father, A Week of Mondays, Better You Than Me, and the Unremembered trilogy. She lives with her husband and four dogs near Portland, Oregon. Visit her online at JessicaBrody.com.

Joanne Rendell is the author of three novels and holds a PhD in English literature. She teaches fiction writing to teens and kids and is a board member for the youth Shakespeare company New Genesis Productions. With her husband and son, Joanne divides her time between New York City and New Paltz, New York. Visit Joanne at JoanneRendell.com.