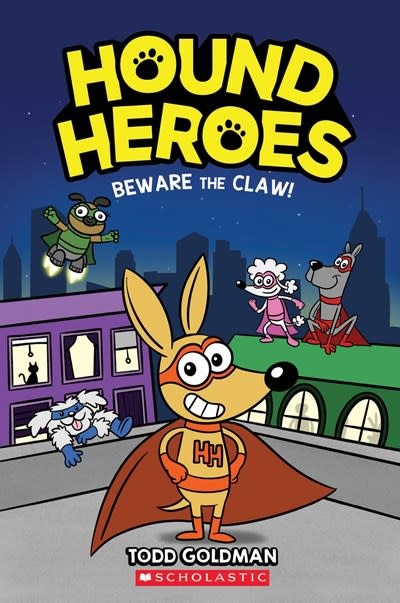 Meet the Hound Heroes: fearless Captain Chihuahua, the big-hearted Great, Great Dane, super-speedy Poodle Girl, cyborg pup Power Pug, and the lovable yet irritating Super Sheep Dog. Together they make up a crack team of earth's furriest heroes!In this first adventure, the Hound Heroes' origin story is revealed when a spaceship crashes in their backyard, giving them superpowers! But they aren't the only ones who benefit -- neighborhood alley cat The Claw also gains powers, and she only wants one thing: to destroy the Hound Heroes!A nonstop romp full of hilarious action, Hound Heroes is sure to be a hit with young fans of graphic novels.

Todd Goldman is a professional doodler and the creator of Rawr! and the bestselling Bear in Underwear series. His doodles can also be seen on clothing, in paintings, as cartoons, and in other fun books. He divides his time between the sunny states of Tennessee and California.