Home » Bianca Torre Is Afraid of Everything 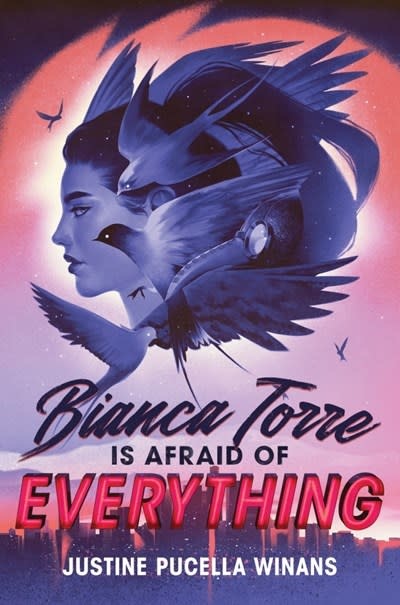 Bianca Torre Is Afraid of Everything

Murder most fowl? In this sardonic and campy YA thriller, an anxious, introverted nonbinary teen birder somehow finds themself solving a murder mystery with their neighbor/fellow anime lover, all while falling for a cute girl from their birding group . . . and trying not to get murdered.

Sixteen-year-old Bianca Torre is an avid birder undergoing a gender identity crisis and grappling with an ever-growing list of fears. Some, like Fear #6: Initiating Conversation, keep them constrained, forcing them to watch birds from the telescope in their bedroom. And, occasionally, their neighbors. When their gaze wanders from the birds to one particular window across the street, Bianca witnesses a creepy plague-masked murderer take their neighbor’s life. Worse, the death is ruled a suicide, forcing Bianca to make a choice—succumb to their long list of fears (including #3: Murder and #55: Breaking into a Dead Guy’s Apartment) or investigate what happened. Bianca enlists the help of their friend Anderson Coleman, but the two have more knowledge of anime than true crime. As Bianca and Anderson dig deeper into the murder with a little help from Bianca’s crush and fellow birding aficionado, Elaine Yee (#13: Beautiful People, #11: Parents Discovering They’re A Raging Lesbian), the trio uncovers a conspiracy much larger—and weirder—than imagined. But when the killer catches wind of the investigation, Bianca’s #1 fear of public speaking doesn’t sound so bad compared to the threat of being silenced for good.In this absurdist, bizarrely comical YA thriller that is at turns a deceptively deep exploration of anxiety and identity, perhaps the real murder investigation is the friends we make along the way.

Justine Pucella Winans is a queer and nonbinary writer who resides in Los Angeles with their husband and orange tabby cat. When not writing, they try their best at Brazilian Jiu-Jitsu, read an alarming amount of manga, and try to make pasta even a fourth as good as their nonna’s. Bianca Torre Is Afraid of Everything is their debut novel.justinepucellawinans.com