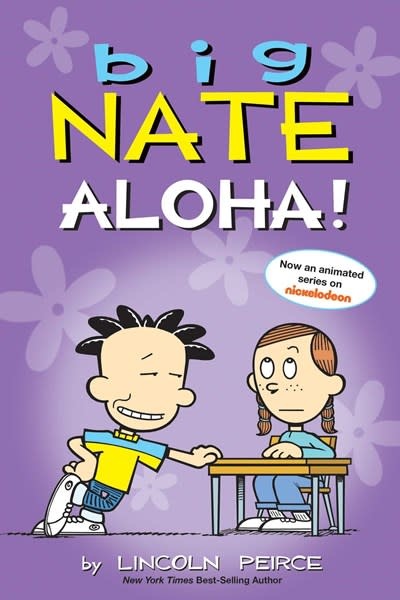 Aloha can mean hello or goodbye—which makes it the perfect word for sixth grader Nate Wright. Why? Because Nate doesn't know whether he's coming or going. Will his romance with Daisy sizzle or fizzle? Will his hair survive Teddy's cut-rate barber skills? And when Nate spots a crime in progress at Klassic Komix, can he find his inner superhero? In this latest Big Nate collection, all your favorite characters are back with brand-new adventures: Sumo-grams, (almost) no-hitters, and even a sidewalk concert featuring Enslave The Mollusk. Say goodbye to boredom and hello to hilarity with Big Nate: Aloha!

Lincoln Peirce has been drawing the Big Nate comic strip for almost 30 years. Born in Ames, Iowa, Peirce grew up in Durham, New Hampshire. As a kid, he began creating his own strips in the sixth grade. Peirce taught high school in New York City and has created several animated pilots for Cartoon Network and Nickelodeon. He lives in Portland, Maine, with his family.