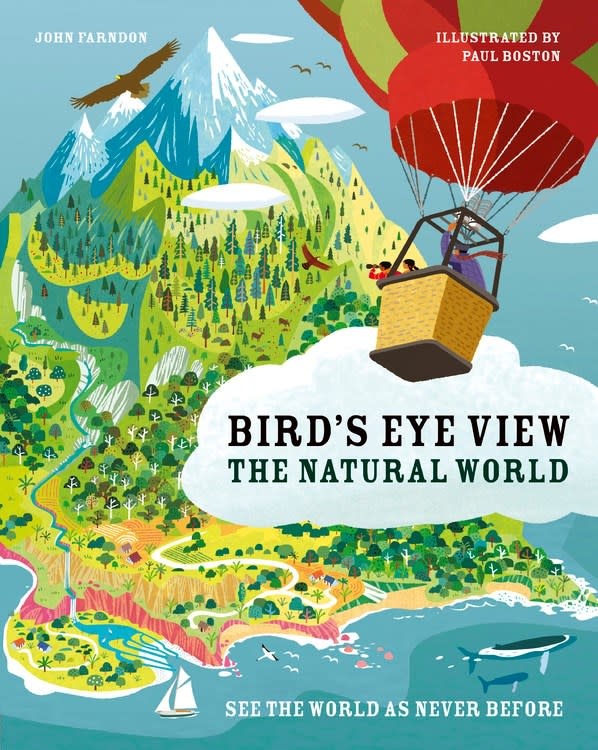 Discover the incredible natural world as you float over:
Each gorgeous spread introduces a new region from above, with text describing its key geological features and inhabitants. Along the bottom of the page, illustrations identify a selection of the location’s animals and plants, and a globe pinpoints where it is on the map.
Included in the scenes is evidence of the damage that humans can do, like oil pollution in the Arctic ocean and deforestation in the Amazon.

Join the great white egret as you fly over the Everglades and the whooper swans as you soar over the Arctic. Spot the gray reef sharks swimming the lagoon of a coral atoll, the red kangaroos bounding across the Australian desert, the herds of wildebeest migrating across the Serengeti, and the snow leopard prowling the foothills of the Himalayas.
Look at the world differently, with a bird's eye view. 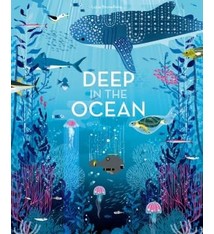 Deep in the Ocean 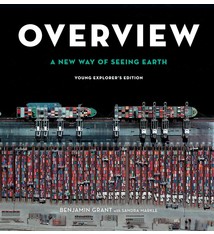 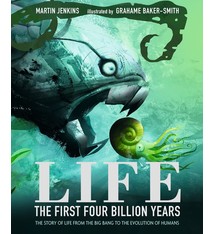 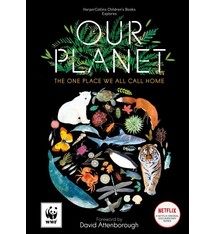 Our Planet: The One Place We All Call Home