Home » Black Birds in the Sky: The Story & Legacy of the 1921 Tulsa Race Massacre 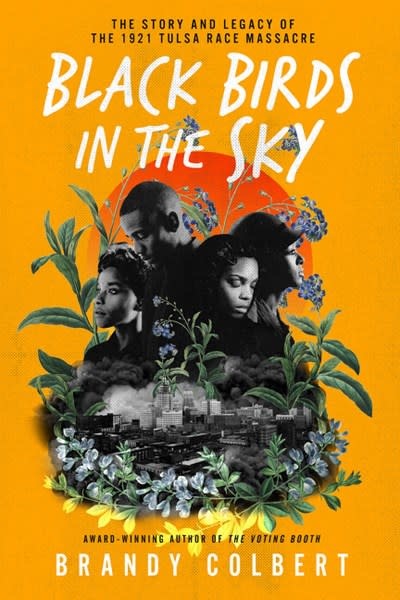 Black Birds in the Sky: The Story & Legacy of the 1921 Tulsa Race Massacre

Buy this book during February and we’ll donate 20% of the cover price to Young, Black & Lit, a nonprofit organization committed to increasing access to children’s books that center, reflect, and affirm Black children.

Finalist in the 2022 YALSA Excellence in Nonfiction for Young Adults Awards!

Award-winning author Brandy Colbert arrives with a bold, unflinching, unforgettable new work of nonfiction that tells the story of one of the most deadly and destructive acts of racial violence in American history: the 1921 destruction of the Greenwood district of Tulsa, Oklahoma, commonly known as the Tulsa Race Massacre.

In the early morning of June 1, 1921, a white mob marched across the train tracks in Tulsa, Oklahoma, and into its predominantly Black Greenwood District—a thriving, affluent neighborhood known as America's Black Wall Street. They brought with them firearms, gasoline, and explosives. In a few short hours, they'd razed thirty-five square blocks to the ground, leaving hundreds dead. The Tulsa Race Massacre is one of the most devastating acts of racial violence in US history. But how did it come to pass? What exactly happened? And why are the events unknown to so many of us today?These are the questions that award-winning author Brandy Colbert seeks to answer in this searing nonfiction account of the Tulsa Race Massacre. In examining the tension that was brought to a boil by many factors—white resentment of Black economic and political advancement, the resurgence of white supremacist groups, the tone and perspective of the media, and more—a portrait is drawn of an event singular in its devastation, but not in its kind. It is part of a legacy of white violence that can be traced from our country's earliest days through Reconstruction, the civil rights movement in the mid-twentieth century, and the fight for justice and accountability Black Americans still face today.The Tulsa Race Massacre has long failed to fit into the story Americans like to tell themselves about the history of their country. This book, ambitious and intimate in turn, explores the ways in which the story of the Tulsa Race Massacre is the story of America—and by showing us who we are points to a way forward. 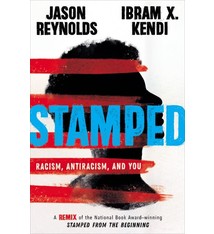