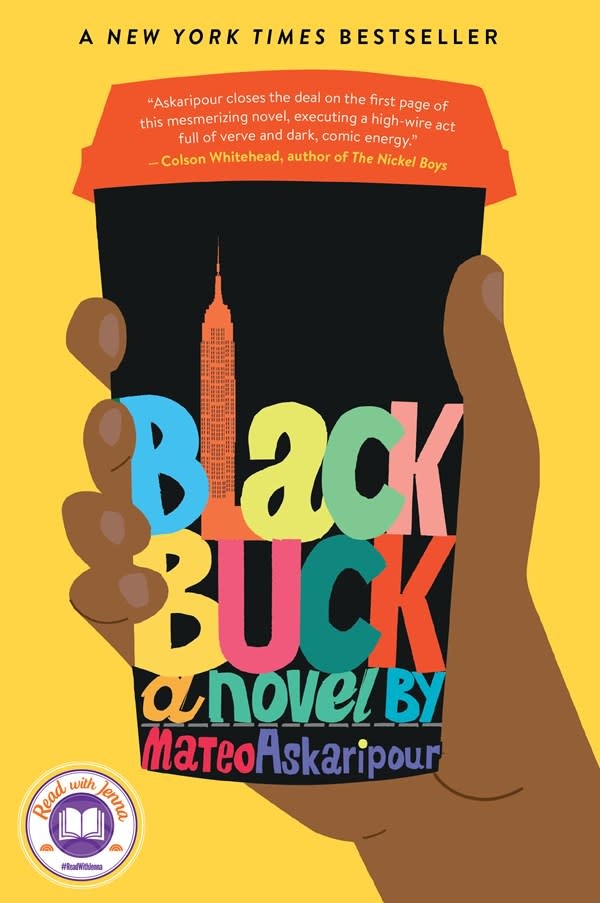 “Askaripour closes the deal on the first page of this mesmerizing novel, executing a high-wire act full of verve and dark, comic energy.”

“A hilarious, gleaming satire as radiant as its author. Askaripour has announced himself as a major talent of the school of Ralph Ellison, Paul Beatty, Fran Ross, and Ishmael Reed. Full of quick pacing, frenetic energy, absurd—yet spot on—twists and turns, and some of the funniest similes I’ve ever read, this novel is both balm and bomb.”

—Nafissa Thompson-Spires, author of Heads of the Colored People

For fans of Sorry to Bother You and The Wolf of Wall Street—a crackling, satirical debut novel about a young man given a shot at stardom as the lone Black salesman at a mysterious, cult-like, and wildly successful startup where nothing is as it seems

There’s nothing like a Black salesman on a mission.

After enduring a “hell week” of training, Darren, the only Black person in the company, reimagines himself as “Buck,” a ruthless salesman unrecognizable to his friends and family. But when things turn tragic at home and Buck feels he’s hit rock bottom, he begins to hatch a plan to help young people of color infiltrate America’s sales force, setting off a chain of events that forever changes the game.

MATEO ASKARIPOUR's work aims to empower people of color to seize opportunities for advancement, no matter the obstacle. He was a 2018 Rhode Island Writers Colony writer-in-residence, and his writing has appeared in Entrepreneur, Lit Hub, Catapult, The Rumpus, Medium, and elsewhere. His debut novel BLACK BUCK was an instant New York Times bestseller and a Read With Jenna Today Show Book Club Pick. He lives in Brooklyn. Follow him on Twitter and Instagram at @AskMateo.