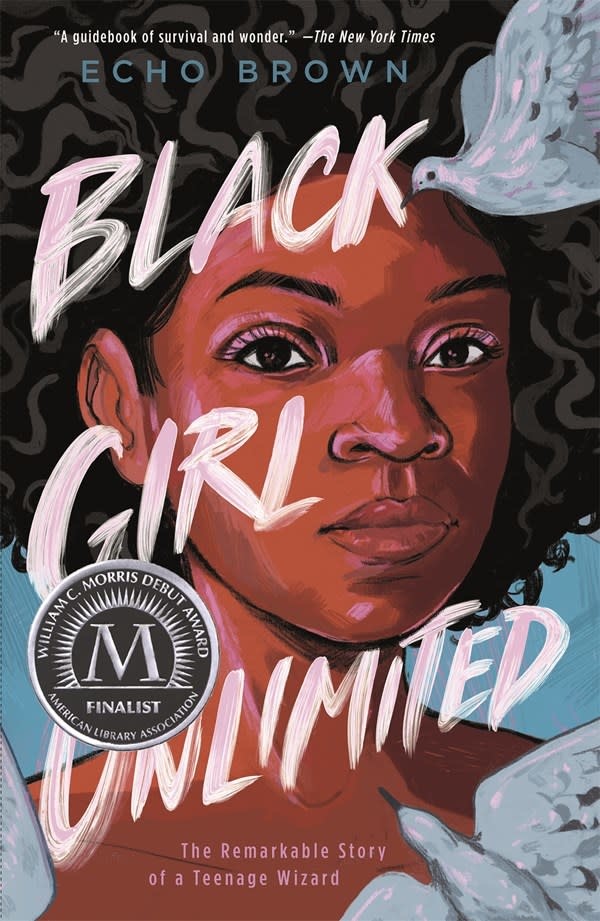 A powerful YA debut novel based on the author’s teen struggle with racism, poverty, and depression.

Echo Brown is a wizard from the East Side, where apartments are small and parents suffer addictions to the white rocks. Yet there is magic . . . everywhere. New portals begin to open when Echo transfers to the rich school on the West Side, and an insightful teacher becomes a pivotal mentor. Each day, Echo travels between two worlds, leaving her brothers, her friends, and a piece of herself behind on the East Side. There are dangers to leaving behind the place that made you. Echo soon realizes there is pain flowing through everyone around her, and a black veil of depression threatens to undo everything she’s worked for. Heavily autobiographical and infused with magical realism, Black Girl Unlimited is a transcendent coming-of-age story.

Echo Brown is an African-American writer, performer, and playwright from rural Ohio. A Dartmouth alumna and the first female college graduate in her family, she is currently based in Northern California. Echo is best known for her one-woman show Black Virgins Are Not For Hipsters. Black Girl Unlimited marks her debut.