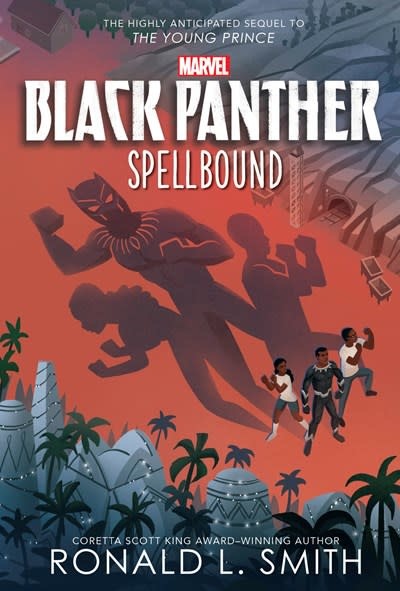 In the sequel to the hit middle grade novel, The Young Prince, T'Challa is heading back to America to visit his friends Sheila and Zeke, who are staying with Sheila's grandma in Alabama over their summer break. T'Challa is excited to see his friends, but his fun summer vacation quickly turns into a nightmare. The small town has fallen under the sway of a charismatic politician named Achebe who is there to retrieve a spell book full of dark magic. When strange events start to take place, T'Challa begins to think that it's no coincidence that Achebe arrived in Beaumont at the same time he did.

Will T'Challa figure out his role in Achebe's sinister plot and break the spell he has over the town?

Author Bio: Ronald L. Smith is an award-winning writer of children's literature including the middle grade novels Black Panther: The Young Prince, The Mesmerist, The Owls Have Come To Take Us Away, and Gloom Town, a Junior Library Guild Selection. His first novel, Hoodoo, earned him the 2016 Coretta Scott King/John Steptoe New Talent Author Award and the ILA Award for Intermediate Fiction from The International Literacy Association. Before he became a full-time writer, he worked in advertising and wrote TV commercials for big corporations. He is much happier writing books for young people.