Home » Blaze Me a Sun 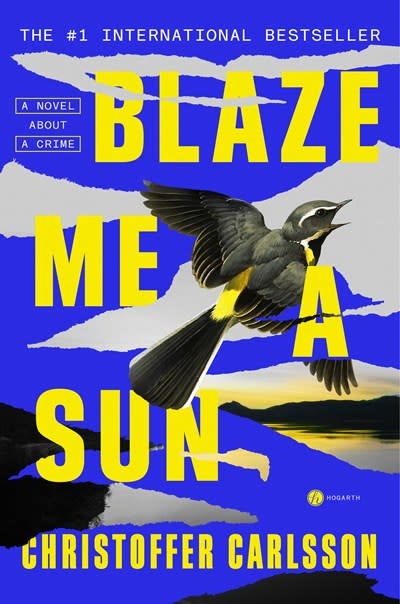 Blaze Me a Sun

#1 INTERNATIONAL BESTSELLER • A serial killer in a small Swedish town commits his first murder the same night the prime minister is assassinated in this haunting, cinematic novel about the legacy of violence and a community's collective guilt by one of Scandinavia's most celebrated young crime writers.

In February 1986, the Halland police receive a call from a man who claims to have attacked his first victim. I’m going to do it again, he says before the line cuts off. By the time policeman Sven Jörgensson reaches the crime scene, the woman is taking her last breath. For Sven, this will prove a decisive moment. On the same night, Sweden plunges into a state of shock after the murder of the prime minister. Could there possibly be a connection?

As Sven becomes obsessed with the case, two more fall victim. For years Sven remains haunted by the murders he cannot solve, fearing that the killer might strike again. Eventually Sven retires from the police in defeat. Having failed to catch the killer, he passes his obsession to his son, who has joined the force to be closer to his father.

Decades later, the case unexpectedly resurfaces when a novelist returns home to Halland after a failed marriage and sputtering career. The writer befriends a retired police officer, a former colleague of Sven's, who helps the novelist--our narrator--unspool the many strands of this engrossing tale about a community confronting its shames.

Blaze Me a Sun is an elegantly constructed novel about the long shadows of violence and the elusive hunt for truth. A #1 bestseller in Sweden, it marks the American debut of the youngest winner of the Best Swedish Crime Novel of the Year award, the top prize for Swedish crime writers whose past winners include Stieg Larsson and Henning Mankell.

Christoffer Carlsson was born in 1986 on the west coast of Sweden. He holds a PhD in criminology from the University of Stockholm and is one of Sweden's leading crime experts. Carlsson is the youngest winner of the Best Swedish Crime Novel of the Year, voted by the Swedish Crime Writers’ Academy, and has been a finalist for the prestigious Glass Key Award, given to the best Scandinavian crime novel of the year. A # 1 bestseller in Sweden, Blaze Me a Sun is Carlsson's American debut.