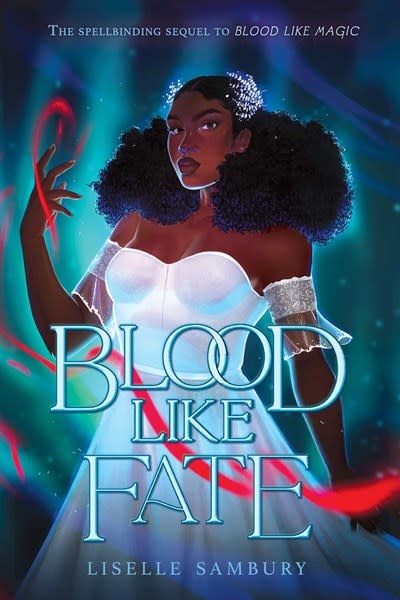 In the spellbinding sequel to “breath of fresh air for the genre” (Kirkus Reviews, starred review) Blood Like Magic, Voya fights to save her witch community from a terrible future, perfect for fans of Legendborn and Cemetery Boys.

Voya Thomas may have passed her Calling to become a full-fledged witch, but the cost was higher than she’d ever imagined.

Her grandmother is gone.

Her cousin hates her.

And her family doesn’t believe that she has what it takes to lead them.

What’s more, Voya can’t let go of her feelings for Luc, sponsor son of the genius billionaire Justin Tremblay—the man that Luc believes Voya killed. Consequently, Luc wants nothing to do with her. Even her own ancestors seem to have lost faith in her. Every day Voya begs for their guidance, but her calls go unanswered.

As Voya struggles to convince everyone—herself included—that she can be a good Matriarch, she has a vision of a terrifying, deadly future. A vision that would spell the end of the Toronto witches. With a newfound sense of purpose, Voya must do whatever it takes to bring her shattered community together and stop what's coming for them before it’s too late.

Even if it means taking down the boy she loves—who might be the mastermind behind the coming devastation.

Liselle Sambury is a Trinidadian Canadian author who grew up in Toronto, Ontario, and her brand of writing can be described as “messy Black girls in fantasy situations.” In her free time, she shares helpful tips for upcoming writers and details of her publishing journey through a YouTube channel dedicated to demystifying the sometimes complicated business of being an author.