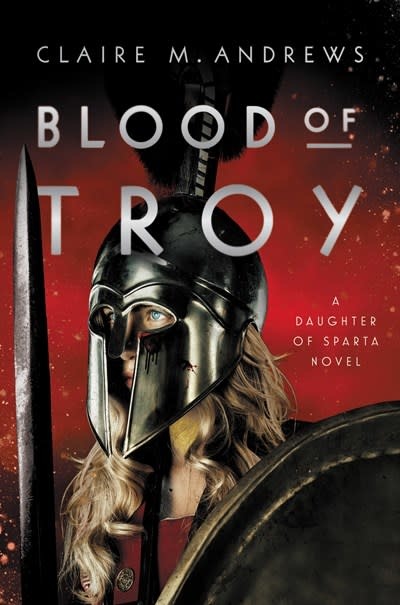 The Sparta you know will be gone forever on the bloody fields of Troy.

A year after Daphne saved the powers of Olympus by defeating Nyx, the Goddess of Darkness, she’s haunted by still-looming threats, her complicated feelings for the god Apollo, and the promise she made to the Olympian gods that she would help them again when they called upon her. When their command comes, it is deceptively simple: secure herself a spot as one of Queen Helen’s guards.

A war is coming, and all of Sparta must be prepared.

In the midst of a treaty summit among the monarchs of Greece, Daphne and Helen uncover a plot of betrayal—and soon, a battle begins. As the kingdoms of Greece clash on the shores of Troy and the gods choose sides, Daphne must use her wits, her training, and her precarious relationship with Apollo to find a way to keep her queen safe, stop the war, and uncover the true reason the gods led her to Troy in this thrilling sequel to Daughter of Sparta.

Claire M. Andrews was raised in both Alaska and Scotland, but currently lives in Vermont; when not writing, she can usually be found outside swimming, skiing or hiking across the state’s famous green mountains. She is the author of Daughter of Sparta and Blood of Troy, and can be found on Instagram and Twitter at @cmandrewslit.