Home » Blood Orange Night: My Journey to the Edge of Madness [Memoir] 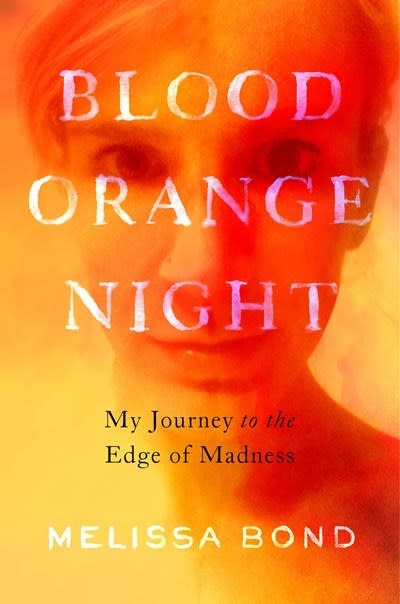 Blood Orange Night: My Journey to the Edge of Madness [Memoir]

Brain on Fire meets High Achiever in this visceral, propulsive memoir detailing a woman’s accidental descent into prescription benzodiazepine dependence and the life-threatening impacts of the drugs’ long-term use.

As Melissa Bond raises her infant daughter and a special-needs one-year-old son, she suffers from unbearable insomnia, sleeping an hour or less each night. She loses her job as a journalist (a casualty of the 2008 recession), and her relationship with her husband grows distant. Her doctor casually prescribes benzodiazepines—a family of drugs that includes Xanax, Valium, Klonopin, Ativan—and increases her dosage on a regular basis.

Following her doctor’s orders, Melissa takes the pills night after night; her body begins to shut down and she collapses while holding her infant daughter. Only then does Melissa learn that her doctor—like many doctors—has over-prescribed the medication and quitting cold turkey could lead to psychosis or fatal seizures. Benzodiazepine addiction is not well studied, and few experts know how to help Melissa as she begins the months-long process of tapering off the pills without suffering debilitating, potentially deadly consequences.

Each page thrums with the heartbeat of Melissa’s struggle—how many hours has she slept? How many weeks old are her babies? How many milligrams has she taken? Her propulsive writing crescendos to a fever pitch as she fights for her health and her ability to care for her children. Lyrical and immersive, Blood Orange Night shines a light on the prescription benzodiazepine epidemic as it reaches a crisis point in this country.

Melissa Bond is narrative journalist and poet. In the years of her dependence on benzodiazepines, Melissa blogged and became a regular contributor for Mad in America. ABC World News Tonight interviewed her for a piece in January 2014. Melissa is a respected writer on the perils of over-prescribing benzodiazepines and has been featured on the podcasts Risk!, IGNTD, and The Addiction Podcast. Learn more at MelissaABond.com.