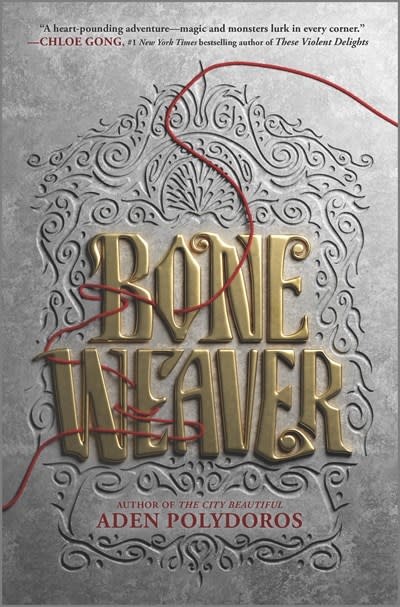 There Will Come a Darkness meets Serpent & Dove in a Russian-inspired dark fantasy, in which Toma, adopted daughter of the benevolent undead, crosses paths with the usurped Tsar in an empire on the verge of a civil war between the lower class and the magical elite.

From the author of The City Beautiful comes a haunting fantasy following Toma, adopted daughter of the benevolent undead, making her way across a civil war-torn continent to save her younger sister as she discovers she might possess magical powers herself.

The Kosa empire roils in tension, on the verge of being torn apart by a proletarian revolution between magic-endowed elites and the superstitious lower class, but seventeen-year-old Toma lives blissfully disconnected from the conflict in the empire with her adoptive family of benevolent undead.

When she meets Vanya, a charming commoner branded as a witch by his own neighbors, and the dethroned Tsar Mikhail himself, the unlikely trio bonds over trying to restore Mikhail’s magic and protect the empire from the revolutionary leader, Koschei, whose forces have stolen the castle. Vanya has his magic, and Mikhail has his title, but if Toma can’t dig deep and find her power in time, all of their lives will be at Koschei’s mercy.

Aden Polydoros grew up in Illinois and Arizona, and has a bachelor's degree in English from Northern Arizona University. His novel, The City Beautiful, was was declared a Best YA Book of 2021 by New York Public Library, BookPage, Buzzfeed, and Tor.com, and was the winner of the 2022 Sydney Taylor Book Award for Young Adult fiction. When he isn't writing, he enjoys going to antique fairs and flea markets. He can be found on Twitter at @AdenPolydoros.