Home » Bones of a Saint 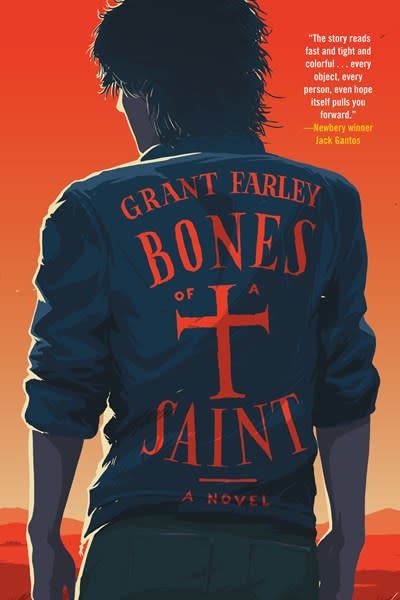 Bones of a Saint

Set in Northern California in the late ’70s, this timeless coming-of-age story examines the nature of evil, the art of storytelling, and the possibility of redemption.

Fifteen-year-old RJ Armante has never known a life outside his deadend hometown of Arcangel, CA. The Blackjacks rule as they have for generations, luring the poorest kids into their monopoly on petty crime. For years, they’ve left RJ alone, but now they have a job for him: prey upon an old loner in town.

In spite of the danger, RJ begins to resist. He fights not only for himself, but for his younger brother, Charley, whose disability has always made RJ feel extra protective of him. For Roxanne, the girl he can’t reach, and the kids in his crew who have nothing to live for. Even for the old loner, who has secrets of his own. If RJ is to break from the Blackjacks’ hold, all of Arcangel must be free of its past.

Grant Farley was an English teacher for over twenty-five years and has taught at a Santa Monica alternative school, a barrio junior high, and a Marine Science magnet in San Pedro. All the while, he worked on Bones of a Saint, and excerpts of the book have appeared in various literary magazines and been showcased at a number of writers conferences. Then one day his awesome wife insisted that he retire, which is when RJ’s story really took off. Now he writes full time and volunteers at a lighthouse.