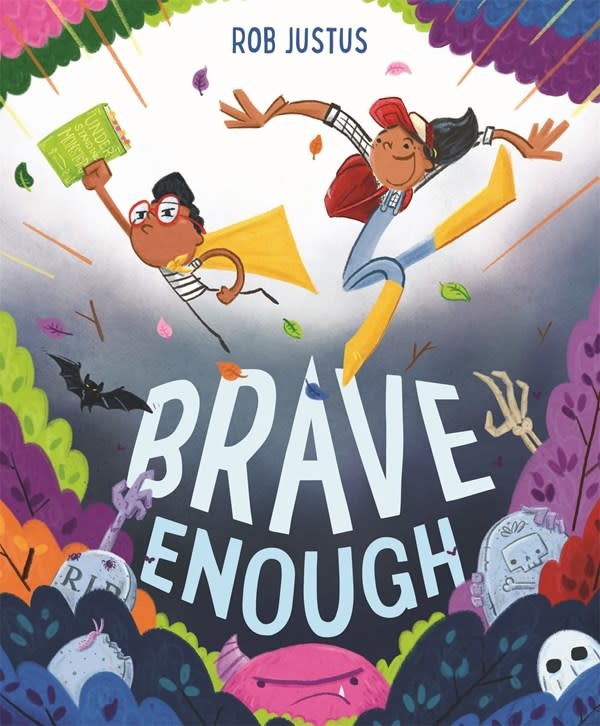 The perfect read aloud that shows how the power of bravery combats the common fear of monsters lurking in the dark.

Little Brother sees monsters everywhere, so he’d rather stay safely inside and read all about them in his books. Big Sister believes monsters are nothing but phony baloney make-believe and drags Little Brother on a hair-raising adventure to prove it.

In a hilarious echo of common sibling squabbles that both older and younger siblings will appreciate, Little Brother has soon had ENOUGH of Big Sister trying to make him just like her. When Big Sister leads them into big trouble, it’s time for Little Brother to show that he has what it takes to save the day.

With playful narration and lively art, Brave Enough is an entertaining adventure about how everyone can be brave in their own way and their own time.

Rob Justus was scared of everything growing up (particularly aliens lurking in the basement), but now he’s brave enough, brash enough, makes-a-book-about-monsters-flashy enough to love being scared. He lives in Ottawa, Canada, and is the author/illustrator/dad behind Kid Coach (Page Street Kids).