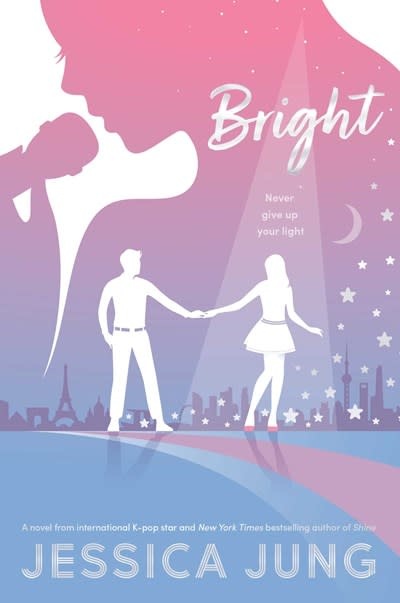 Couture gowns, press parties, international travel. Rachel Kim is at the top of her game. Girls Forever is now the number-one K-pop group in the world, and her fame skyrockets after her viral airport styling attracts the attention of fashion’s biggest names. Her life’s a swirl of technicolor glamour and adoring fans. Rachel can’t imagine shining any brighter.

The only thing that’s missing is love—but Rachel’s determined to follow the rules. In her world, falling in love can cost you everything.

Enter Alex. When Rachel literally falls head over designer heels into his lap on a crowded metro, she’s tempted to give up her anti-love vows. Alex is more than just heart-stopping dimples and adorably quirky banter. He believes in Rachel’s future—both in music and in fashion.

But the higher you rise, the farther you have to fall. And when a shocking act of betrayal shatters her world, Rachel must finally listen to her heart.

Jessica Jung is a Korean American singer, actress, fashion designer, and international influencer. Born in San Francisco, Jessica grew up in South Korea where she trained as a K-pop singer, debuting as a member of the international sensation Girls Generation in 2007. After going solo in 2014, she launched the successful fashion line, Blanc & Eclare. Jessica has been featured on the covers of magazines worldwide, her brand now spanning platforms including film and television.