Home » Build Your House Around My Body: A novel 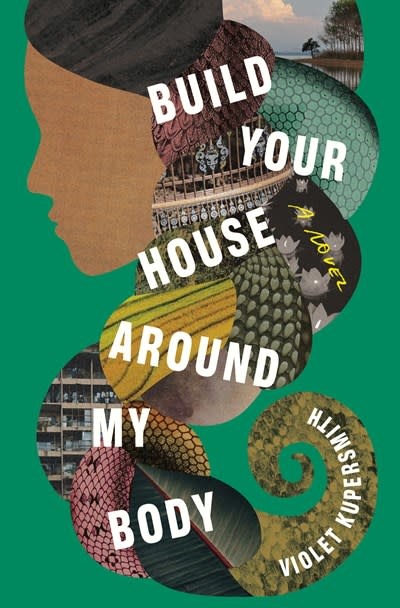 Build Your House Around My Body: A novel

Part puzzle, part revenge tale, part ghost story, this kaleidoscopic novel set in Vietnam spins half a century of history and folklore into the story of a missing woman.

In 1986, the teenage daughter of a wealthy family gets lost in an abandoned rubber plantation while fleeing her angry father and is forever changed by the experience.

In 2009, pressed into a dangerous scheme by a former lover, a woman captures a rare two-headed cobra.

And in 2011, a young, unhappy American living in Saigon with her sort-of boyfriend disappears without a trace.

Over the course of the novel, the fates of these three women will lock together in an exhilarating series of nested narratives. Along the way, we meet a young boy sent to a boarding school in the mountains for the métis children of French expatriates just before Vietnam declares its independence from colonial rule in 1945; two Frenchmen trying to start a business with the Vietnam War on the horizon; and the employees of the Saigon Spirit Eradication Co., called to investigate strange occurrences in a farmhouse on the edge of a forest. Each new character and timeline brings us one step closer to understanding what binds the three women together.

Written with wit, ambition, and playfulness, this book takes us from sweaty nightclubs to ramshackle zoos, colonial mansions to ex-pat flats, sizzling back-alley street carts to the noisy seats of motorbikes. Spanning over fifty years and barreling toward an unforgettable conclusion, this is a fever dream about possessed bodies and possessed lands, a time-traveling, heart-pounding, border-crossing marvel of a novel.

Violet Kupersmith is the author of the short story collection The Frangipani Hotel. She previously taught English with the Fulbright Program in the Mekong Delta and was a creative writing fellow at the University of East Anglia. She has lived in Da Lat and Saigon, Vietnam, and currently resides in the U.S.