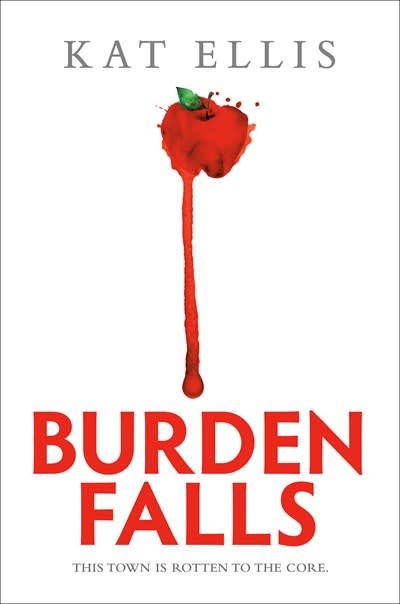 Riverdale meets Stephen King in the terrifying new thriller from the author of Harrow Lake.

“Cinematic, clever, and creepy, with a main character that leaps off the page, Burden Falls ticks off all my moody thriller boxes.” —Goldy Moldavsky, New York Times bestselling author of The Last Girl and Kill the Boy Band

The town of Burden Falls drips with superstition, from rumors of its cursed waterfall to Dead-Eyed Sadie, the disturbing specter who haunts it. Ava Thorn grew up right beside the falls, and since a horrific accident killed her parents a year ago, she’s been plagued by nightmares in which Sadie comes calling—nightmares so chilling, Ava feels as if she’ll never wake up. But when someone close to Ava is brutally murdered and she’s the primary suspect, she begins to wonder if the stories might be more than legends—and if the ghost haunting her dreams might be terrifyingly real. Whatever secrets Burden Falls is hiding, there’s a killer on the loose… with a vendetta against the Thorns.

Kat Ellis studied English with Creative Writing at Manchester Metropolitan University before going on to work in local government communications. She now writes young adult fiction full-time and, when she’s not writing, can be found exploring ancient ruins, watching horror movies, and spoiling her cats.