Home » Buried Beneath the Baobab Tree 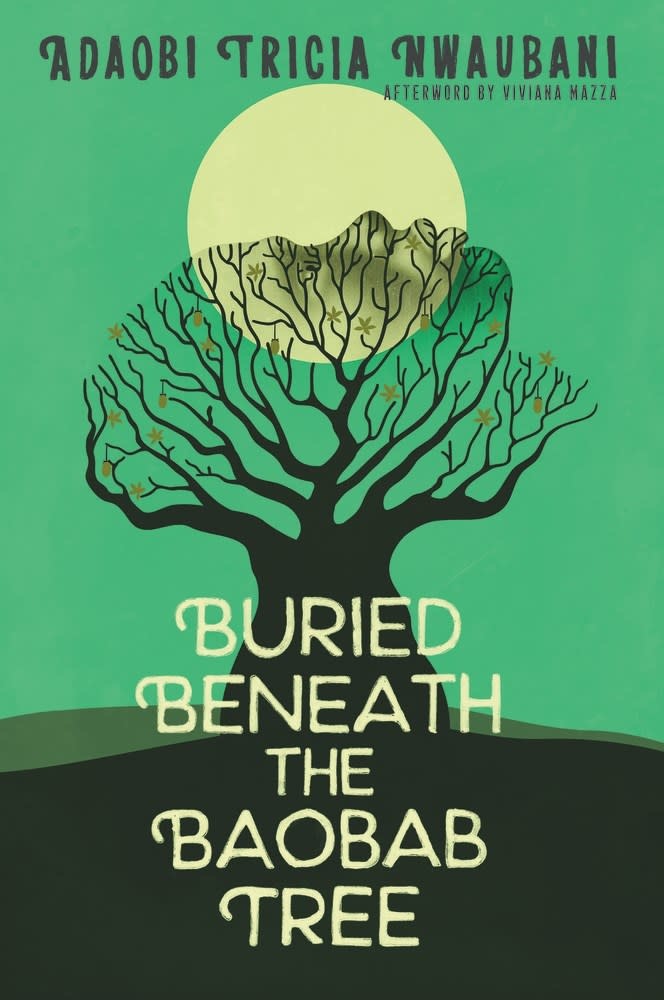 Buried Beneath the Baobab Tree

Based on interviews with young women who were kidnapped by Boko Haram, this poignant novel by Adaobi Tricia Nwaubani tells the timely story of one girl who was taken from her home in Nigeria and her harrowing fight for survival. Includes an afterword by award-winning journalist Viviana Mazza. Now in paperback.

A new pair of shoes, a university degree, a husband—these are the things that a girl dreams of in a Nigerian village. And with a government scholarship right around the corner, everyone—her mother, her five brothers, her best friend, her teachers—can see that these dreams aren’t too far out of reach.

But the girl’s dreams turn to nightmares when her village is attacked by Boko Haram, a terrorist group, in the middle of the night. Kidnapped, she is taken with other girls and women into the forest, where she is forced to follow her captors’ radical beliefs and watch as her best friend slowly accepts everything she’s been told. Still, the girl defends her existence. As impossible as escape may seem, her life—her future—is hers to fight for.