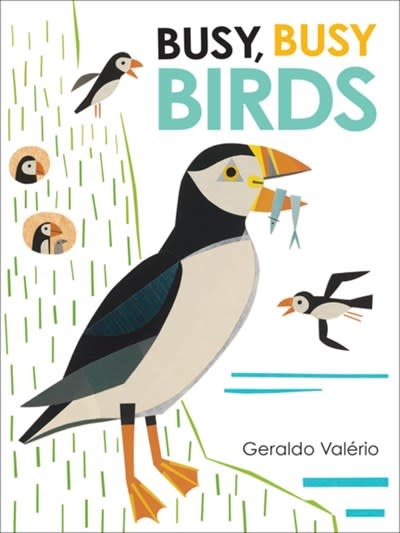 This lively board book introduces young ones to a colorful collection of very busy birds.These birds are busy!Most of our feathered friends fly, but what about the ones that soar or strut, paddle or perch? Explore the kinetic lives of birds through captivating collage illustrations, filled with bright colors and strong shapes. Playful text will introduce infants and toddlers to a variety of verbs, making this a fun read-aloud for bird lovers of all ages.